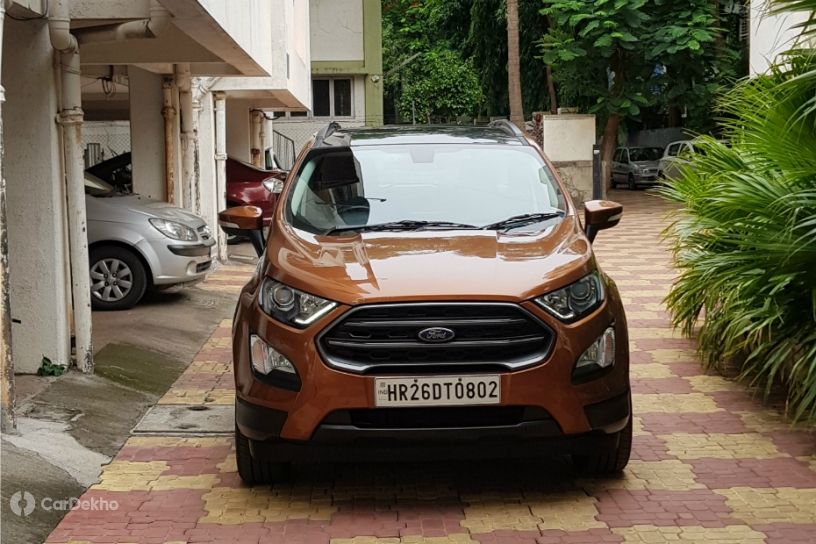 Media cars like Cutlet don’t go for regular services. They don't have the first service, then a second service and so on. They are checked thoroughly by the service centre and most parts that need replacing are then replaced. In total, Cutlet has covered 12,828km on the odometer, out of which 3,000km were done by us.

On our trip to Goa, the EcoSport suffered from a cut in the front left tyre wall. And later, the front right tyre had developed a bubble. As a result, two tyres had to be replaced, each costing Rs 7,188. The labour charge for the replacement was Rs 576. The total with taxes was Rs 19,069. The 17-inch wheels on the EcoSport are not just pretty but prove to be high maintenance as well. Other replacement parts included a speaker priced at Rs 1,570, an AC component amounting to Rs 1,610, and a tyre pressure monitoring sensor (TPMS) that cost Rs 2133. The TPMS sensor wasn’t functioning on one tyre and hence, the amount does sting a little.

The engine oil, brake pads and oil filters, on the other hand, didn’t require replacing. The total amount spent on the service was Rs 26,620. Given that a majority of these were taken by the two tyres, the overall cost seems ok. Also, Ford didn’t charge extra for sanitizing the vehicle before returning it. Other carmakers like Maruti adds Rs 175 for sanitization while Hyundai charges close to Rs 1,000 for smoke sanitation. Ford also offers free pick-up and drop of the car as well.

But there were a few issues that continued to persist when we got the car back. After replacing the tyres, the balancing wasn’t done. This led to vibrations crawling in from the front tyres at close to 100kmph and should have been checked at the service centre itself. The wiper blades were also left untouched. Given that the monsoons were approaching, they should have been checked and replaced. Both of these items were later taken care of. The panel below the glove box was also hanging by a screw. However, this service happened as the world was just coming out of lockdown and hence, Ford and the service centre gets the benefit of the doubt this time around.

If you are wondering what a regular service could cost, luckily, we have an answer. My dad’s EcoSport went for a 20,000km service and the total bill was of Rs 4,174. The paid service cost was Rs 2,413 and the labour and taxes made up for the rest of the amount. No other part was changed. This amount was very close to what Ford shows on its website, helping customers estimate the total cost of service and keeping a track of the parts that are periodically replaced.