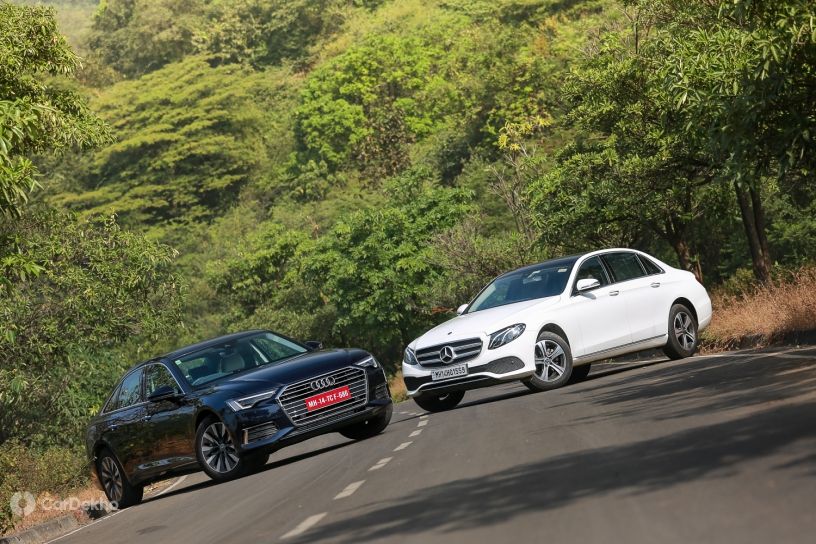 Mercedes-Benz took luxury to a whole new level of comfort in the segment when it brought the long-wheelbase E-Class to India. The A6, on the other hand, is a more modern, tech-laden and edgy take on executive opulence. One common ground between the two is that they both centre their focus on one seat more than the rest. With the E 220d, the boss seat focus is clear in almost every detail, while the A6’s cockpit with three screens all focused on the driver's seat is a completely different experience. So which one pulls off this mollycoddling better?

Before we go into the details, note that this isn’t quite an apples to apples comparison when it comes to engines. The A6 is only available with a petrol engine while the E-Class’s most popular model is this E 220 d diesel.

What we’ve seen from this comparison is that both these cars may sit in the same segment in terms of pricing and luxury. But in terms of focusing that luxury at a particular buyer they both are distinctly different. Picking a winner really does depend on what type of customer you are. If you plan to spend a majority of your time being driven around and will only step behind the wheel occasionally, the Mercedes-Benz E-Class is the better package. It’s delightfully comfy in the back and will still offer you a driving experience that’s befitting of the badge on hood, if you do step behind the wheel. If you’re the sort of person who prefers to be in control then the Audi A6’s cockpit will appeal to the driver in you more. It will reward you with a pleasant driving experience in the city and enough of a thrill on your favourite winding road on the weekends to pick it over the E-Class.

No proper engine specification, no torque mentioned for both the cars and wheel base maney things.

No proper engine specification, no torque mentioned for both the cars and wheel base maney things.