The rise of the Compact SUVs 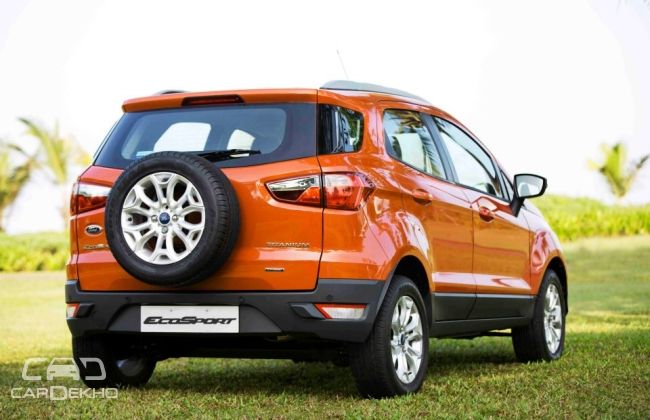 Compact SUVs, a term that we as a country have come to accept and celebrate. What started with Renault Duster as the big bang of compact SUVs continued to expand strongly with the arrival of Ford EcoSport. While Duster changed the SUV scenery in India, the EcoSport got everyone go crazy about the bigger cars. And with every car manufacturer now working their back off in the drawing boards to bring out their own compact SUVs, looks like the new segment is here to stay and rule. The idea of an SUV or something that looks like it for lesser money has been appreciated by the public and that is the biggest advantage of compact SUVs and if they are under 4 metres, then the joy is on for the carmaker as well.

The compact SUV craze is so big, several carmakers have been launching a rugged version of their hatchbacks to look like compact SUVs. We have had Volkswagen Polo Cross, Toyota Etios Cross and the latest Fiat Avventura. Though the question of their success is still up for debate, the fact that they are on sale and more such products (like Hyundai i20 Cross) are on the way just proves their The companies are using these products to bridge the gap till the new cars can be launched. We take a look at the new regime the compact SUVs are and what new products are in line.

Also Read:  Entertainment System which can be truly yours

Maruti Suzuki is all set to enter the compact SUV segment with the SX-4 S-Cross. We have already seen the car being tested in India and the launch this year is imminent. The SX4 S-Cross is already launched in Europe and there are reports that suggest the SUV will be launched with a new 1.3-litre diesel and 1.4-litre petrol engine.

Hyundai is on a success streak with their latest products like Grand i10, Xcent and Elite i20 all selling plum cakes on a Christmas eve. Though they are getting ready to launch the Elite i20 Cross (spied testing recently), they would want a proper SUV in their portfolio and the ix25 is that car. When launched, we can expect the ix25 to be powered by the same engines that are powering the Verna. The ix25 is not under 4 meters but with Hyundai’s intelligent strategy and wide network, we can be sure of the car being very competitively priced and the prices may start well below Rs.10 lacs.

When other normal carmakers are going for compact SUVs, you can’t expect India’s largest SUV maker to sit idle. Mahindra has big plans and they include a slew of SUV launches. The next gen Bolero and two new compact SUVs are already begin tested for launch. The S101, the sub-4-metre SUV, will be the first one to arrive and is expected to be powered by the 1.5-litre 3-cylinder diesel engine that already does duty in the Quanto. The S101 is expected to be slotted below the Bolero in Mahindra’s lineup.

Tata showcased a crossover concept, Tata Nexon, at the 2014 Auto Expo that could very well be put into production to keep up the compact SUV trend. The Nexon uses the same X1 platform that the Vista and new Bolt is built on. The engine lineup could also include the same Revetron petrol engine powering the Bolt and Zest along with the diesel engine option.

Presented at last year’s Auto Expo, Volkswagen Taigun is again a sub-4-meter SUV based on the Volkswagen Up! compact car.  Expect the Taigun to be placed above the Polo and the car will get the same engine range of Polo including the new 1.5-litre diesel engine.

Another 2014 Auto Expo premiere, when launched, Chevrolet Adra could turn the fortunes around for the bow-tie brand in India. Though there are no details are available about the car, the car certainly looked the part.