Published On May 25, 2021 By Nabeel for Volkswagen Tiguan Allspace

Volkswagen’s 7-seater SUV might have a smaller footprint than its rivals, but pampers you better. 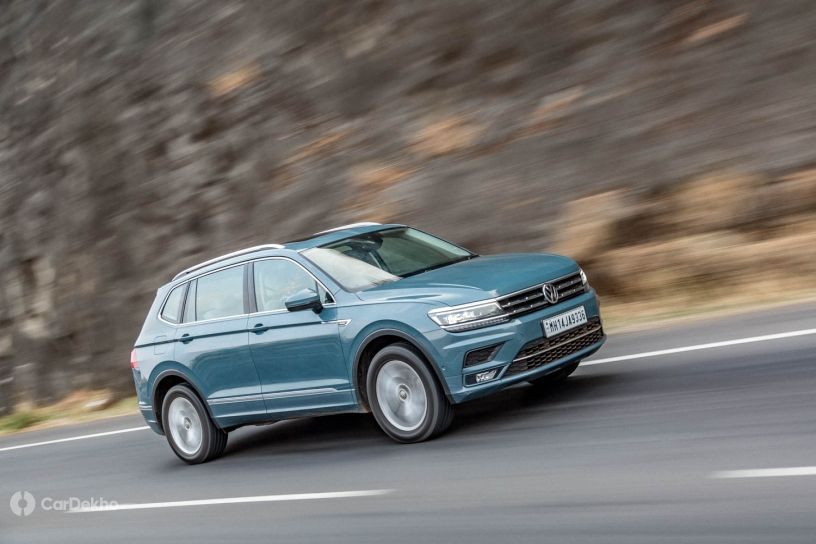 Volkswagen has its own loyal customer base in the county. Buyers who value the virtues associated with the brand over current trends. Be it the Polo, Vento or the T-Roc, all of these vehicles are beautifully built, feel agile to drive and the interior quality is usually the best in segment.

The Tiguan Allspace takes all of these values and dials them up a notch. It’s the most premium 7-seater SUV you can buy in terms of interior feel and features, and the way it drives on tarmac. There are trade-offs, though--that it does not look as big or dominant on road as a Fortuner, won’t be as good off road as the Endeavour, and won't have the third row space of the Gloster. So who is the Tiguan Allspace for, then?

The Tiguan Allspace is a thoroughly impressive SUV. It manages to fulfill all needs that an urban buyer might have from an SUV. Its elegant styling, impressive cabin, long feature list, technology, ample space for a family of 5 with added flexibility of the rear seats and driving dynamics helps it pamper its owners.

However, the experience is not quite complete thanks to missing elements like seat ventilation, lacking ride comfort and third row experience. The Allspace then is ideal for a buyer who isn’t interested in size, and would much rather make a statement with sophistication than aggression. And what helps this aspect further is the fact that you will see only a limited number of these on the road, so you can continue to have the bragging rights of owning the flagship VW SUV in India.