Top 11 Concept Cars Which Are Too Crazy To Be True 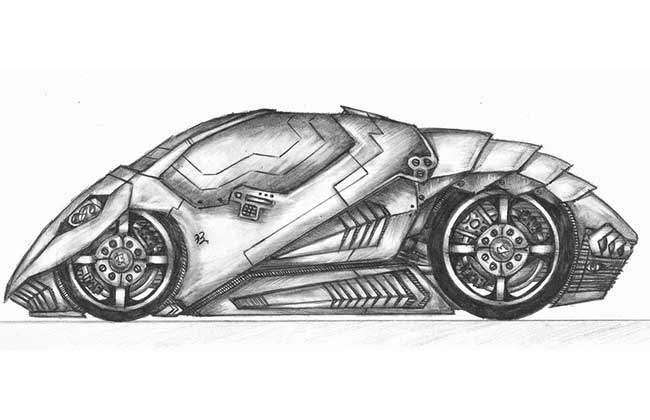 Concept cars are supposed to give the consumers a peek into the future of the automotive world. They are also used by the manufacturers to boast their technology and show the world what they are capable of. But sometimes, it seems like the automakers go a little too far, they try to push the imagination of the customers to a point where they simply say ‘Wait! that is not possible’. Here is a list of 11 concept cars which were maybe a little too far-fetched.

Also Read: Might Of The Titan: 10 Best Armored Vehicles Of The Indian Army

The Chevrolet Chaparral 2X Vision Gran Turismo has been specially designed for Gran Turismo 6 available exclusively on the Playstation 3. Featuring an unprecedented powertrain, cutting edge aerodynamics and advanced chassis in a futuristic body, this is a sports car that pushes the envelope in motorsports.

Designed by South Korean designer Jung-Hoon Kim, the P-Eco is an electric car designed to save the nature and your time in city traffic. The Concept features four piezoelectric devices on the front and rear of the car. Driven by an electric engine, the concept has chords which vibrate at high frequency and hence produce electricity. This electric energy is used to charge the batteries increasing the per battery charge of the vehicle by a fair margin.

This vehicle can go from being a one-wheel car to a three-wheeler, depending on the turning radius.The car houses an electric motor under its skin. The central wheel balances the vehicle and the wheels on either side are used while taking a turn. The car also has 2 steering wheels out of which only one can be used at a time. The other two wheels are deployed when the vehicle gets stationary.

Paolo De Giusti created this concept in a "retrofuturism" themed Peugeot design contest. The car perfectly features both retro and futuristic looks.The retro of the car is visible in the sculpted fenders at the front end with the old school grill and 2 tone paint scheme. The designer then was chosen as a finalist in the competition for his blend of the 2 ears.

The A360 Concept was designed by Huynh Ngoc Lan. It is surely one of the weirdest concept cars. Made to look a UFO, The car has a glass roof and cameras on the body for better feedback to the driver. The car features spheres and not wheels which allows it to move in any desired direction. To allow for a full view, the cabin is capable of rotating 360 degrees.The steering wheel is also in the shape of a ball with additional controls to steer left and right.

After the future of 2020 design and retro-futurism design, designers were asked to draw a car they would actually like to drive. Portuguese designer, André Costa won the competition with his Moovie, the city friendly car. André Costa was awarded the La Griffe trophy by Frédéric Saint-Geours (Chief Executive of Automobiles Peugeot) at the Geneva Motor Show.

Designed by Nicholas Lee Dunderdale, the vehicle features an adjustable roof and 3-wheels. The “neck” of the car can be raised or lowered to accommodate for adequate headroom and aerodynamics. The batwings are still a mystery so as to why they are even on the car. It earned second place in the Car Design News Contest for 2008.

The concept car was designed to use magnets of the same polarity as the road in order to reduce the effect of gravitational force and hence making the car more efficient. This is considered one of the most successful concepts in terms of theory.

The Lovos in the name stands for Lifestyle Of Voluntary Simplicity. Critical thinking about design, construction and use of vehicles in their usual form, the car is a philosophical idea. The designer, Anne Forschner was worried that the world is becoming more and more chaotic and that we need to stop and look at what effect we have on the objects around us. The car is a representation of that object form.

Designed by Iman Maghsoudi, the Monza can go 125 miles per hour. To assess the humans who drive this car, there are computers who take over and change the angles of the canards in front to make sure Monza stays on the ground.

"WhatsApp"
N
Published by
Was this article helpful ?