Lane Discipline And Why You Need To Follow It

If there ever was an ignored traffic safety rule in India, it would be lane discipline. You see the boards saying ‘lane driving, safe driving’, on major highways, but have you ever wondered why? Lane discipline is sacred and as elementary a rule as wearing your seatbelt. Here, we take a look at this safety regulation and give you the many benefits associated with it. 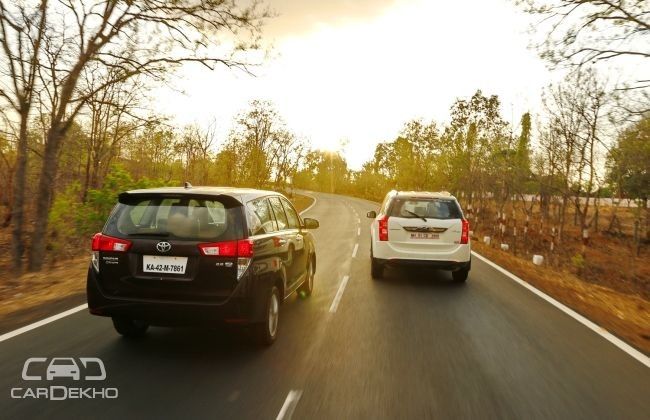 Drivers are supposed to execute overtakes from the rightmost lane in India (leftmost in left-hand drive markets). Why? It’s to reduce the risk of the overtaking vehicle not being seen. The driver in front of you will look into the wing mirror on his/her side first, thereby reducing the risk of you falling into their blind spot.

Fast moving traffic is always supposed to occupy the rightmost lane while slower traffic sticks to the left. Also, if you are in the overtaking lane, you are expected to move back to the left when safe and give way to motorists who need to move past you. Not only does this make driving safer, it also improves car flow.

Lanes ensure that there is enough gap maintained between vehicles. A major problem in India is cars driving dangerously close to each other, leaving little to no margin for error.

Picture this – you’re on a three lane highway and you’re in the middle lane. There’s a heavy amount of traffic on either side and you suddenly spot a large pothole. You need to swerve a little to the right to avoid it and thanks to the lane discipline maintained, there’s about a car’s width between you and the vehicle in the next lane. You can then brake and smoothly avoid the pothole while leaving enough room for other drivers to avoid a collision.

Unfortunately, this isn’t the practice followed and vehicles on the road are mere inches away from each other. Yes, bad roads can be blamed on the municipality, but pointing fingers will do you no good in the worst case scenario.

That gap you maintain between vehicles also offers enough room for an ambulance to drive through. If an emergency vehicle has to move past, all motorists have to do is move over to the side to make enough room. This ensures that even during peak hour traffic motorists can always make way for emergency vehicles. Check out this video to see for yourself.

The lack of lane discipline causes traffic to move in a haphazard manner and as a result, drivers are stuck close to each other and can’t make way even if they want to. As you’d expect, this has also resulted in loss of life as the ambulance couldn’t make it to the patient/hospital in time.

Lanes organize traffic and prevent bottlenecks to a large extent. Here’s a situation we’re sure you’ve found yourself in – you’re driving in bumper to bumper traffic and creep ahead at a snail’s pace. You wonder if there’s an accident ahead which may have caused the jam. Finally, 20-30 minutes later, you see the problem.

A lot of cars from the rightmost lane are trying to take an exit road on the left, which has resulted in traffic behind them getting stuck. In the process, one side of the road is choked, while the road going straight ahead is nearly empty. If drivers maintained the lane discipline, they could have shifted to the exit lane in advance, which would maintain the smooth flow of traffic.

Instead, what you get is drivers forcing their way into and out of lanes, with other drivers refusing to let them do so out of frustration. That’s time wasted, fuel burnt in futility and the risk of road rage raised.

We’d also like to point out that there are many roads where lanes haven’t been properly demarcated. The administration is no doubt, responsible in this regard, but as motorists, we have to take up the responsibility of following this rule to ensure organized and safe traffic movement. As you’ve seen in the article above, the rule is simple, but avoids so many complex problems.