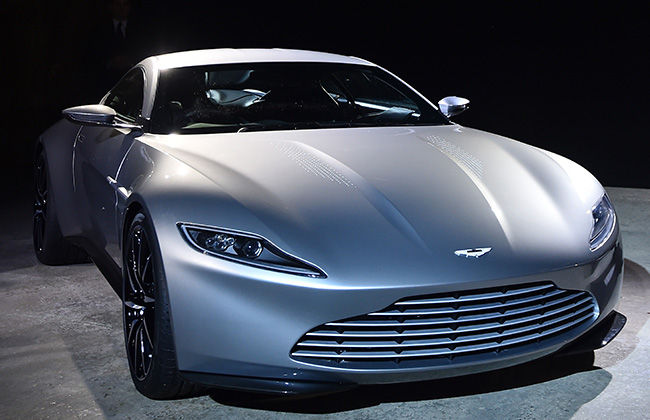 Bond has never been one to shy away from recognition. For that matter, he might just be the most iconic secret agent, who doesn't bother keeping his identity a secret. Details about him are known all over the world, including his compulsively repeated name and oxymoron drink orders. We believe that this complete dismissal of modesty is what makes us love Mr. Bond so very much. The irony beckons, as we realize that there have been materialistic possession of Bond, which unlike his consistently flaunted Omega, still remain unknown to us. Impossible you say? Well, inspired by the release of the new Spectre trailer, we have managed to compile a list of four beautiful masterpieces of automotive excellence, which despite the valiant attempts made by our beloved secret agent, might have slipped through your surveillance.

This car with its modest 77 bhp, is one of the rarest of the Sunbeam talbots, assuming that it is the MkIIA model, which was available on sale in the same year as the release of the second Ian Fleming book, ”live and let die”. Bond drove a coupe and it tell us that it was probably a MkIIA coupe drophead, which was obviously a convertible. That must have made it easy for Bond to show off his lovely company or for that matter, its fine leather seats.

The Bentley 4.5 litres happens to be the first car that was ever associated with James Bond. It also happens to be the only car, which was most oftenly featured alongside Bond, throughout the Ian Fleming books. In 1928, the car won the 24 hours of Le Mans race and was also credited for setting a new record for average speed of 111.12 km/h( 69 mph). In 1930, Sir Henry “Tim” Birkin finished second in the French Grand Prix at the circuit de pau, behind a Bugatti type 35. Annoyed with Bentley’s exceptional and unexpected performance,  Ettore Bugatti called it ,“The Fastest truck in the world”. Coincidently, the same car was dubbed by Bond as “the locomotive”.

Also Read: The Best Superhero Cars of Our Time

Bond’s connection with Ford is not just limited to its ownership of a certain British sports car brand. The association dates back to the release of Ian Fleming's novel “The spy who loved me” in 1962. In the novel, Bond rents a Thunderbird to get from Toronto to Washington. The car was powered by a 390 cu in (6.4 L) FE V8. Thunderbird was a large personal luxury car, which introduced several firsts in the automotive market. Most distinctive of these features was the “Swing Away” steering wheel, which with the transmission in the park position, would slide approximately 18 inches (460 mm) to the right, allowing the driver to exit the vehicle conveniently. The car was not all show and no go either, Thunderbird held its own on the track as well, it  was the pace car for the 1961 Indianapolis 500 race and was prominently featured as a part of US President John F Kennedy's inaugural parade. This was helped along as, Ford executive Robert McNamara was appointed as the Secretary of Defense, during the same period. All and all, very Bond indeed.

We are all familiar with the DB5 and its vitality to the Bond franchise. Over the years it has gained popularity, which can easily rival that of Sean Connery’s Accent. What many don't know is that the relationship between Aston and Bond, started five years ago, when the car was featured in Ian Fleming's book “Goldfinger”. The title of the chapter was “Thoughts in a DB III” and chronicled the famous golf-course encounter. The “DB III” also happens to be the only car in Ian Fleming's books that featured gadgets, which was rare as Ian Fleming usually avoided gadgetry in his books. The car included switches to alter the type of color of the front and rear lights, reinforced steel bumpers, a Colt .45 pistol in a trick compartment under the driver's seat, and a homing device similar to the DB5 in the film. Even the iconic shape of the grill was first introduced in the “DB III”, which was later adapted by every single Aston Martin model, all the way down to the starring car in the upcoming twenty-fourth installment of James Bond films, Spectre.