An Average Car for Family

An Average Car for Family

I have the petrol E+ XCENT model, which I bought in May 2017. The vehicle has good pick up and it's front visibility is too clear to drive. The steering gives a positive response. Engine performance is nice. Its service cost is also low, I paid only Rs.1850.00 in the second service which is at 10,000 km and at the third service I paid only Rs.2578.00. There are also some negative points: 1) Parking doesn't work after we take out keys from the ignition switch. 2) Due to the big boot, the light should be provided in every model as it does cost much. 3) ABS should provide in every model before 2017 facelift, every model has ABS but now only the top models have.

4.5/5
Based on297 User reviews
Write Your Review
Xcent Reviews 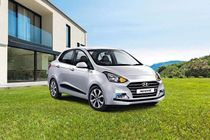