Published On Jan 23, 2023 By Alan Richard for Volkswagen Taigun

The Volkswagen Taigun was my long-term driver for the last six months. It’s time to let go of the keys now and tell you how it fared over 6,000km 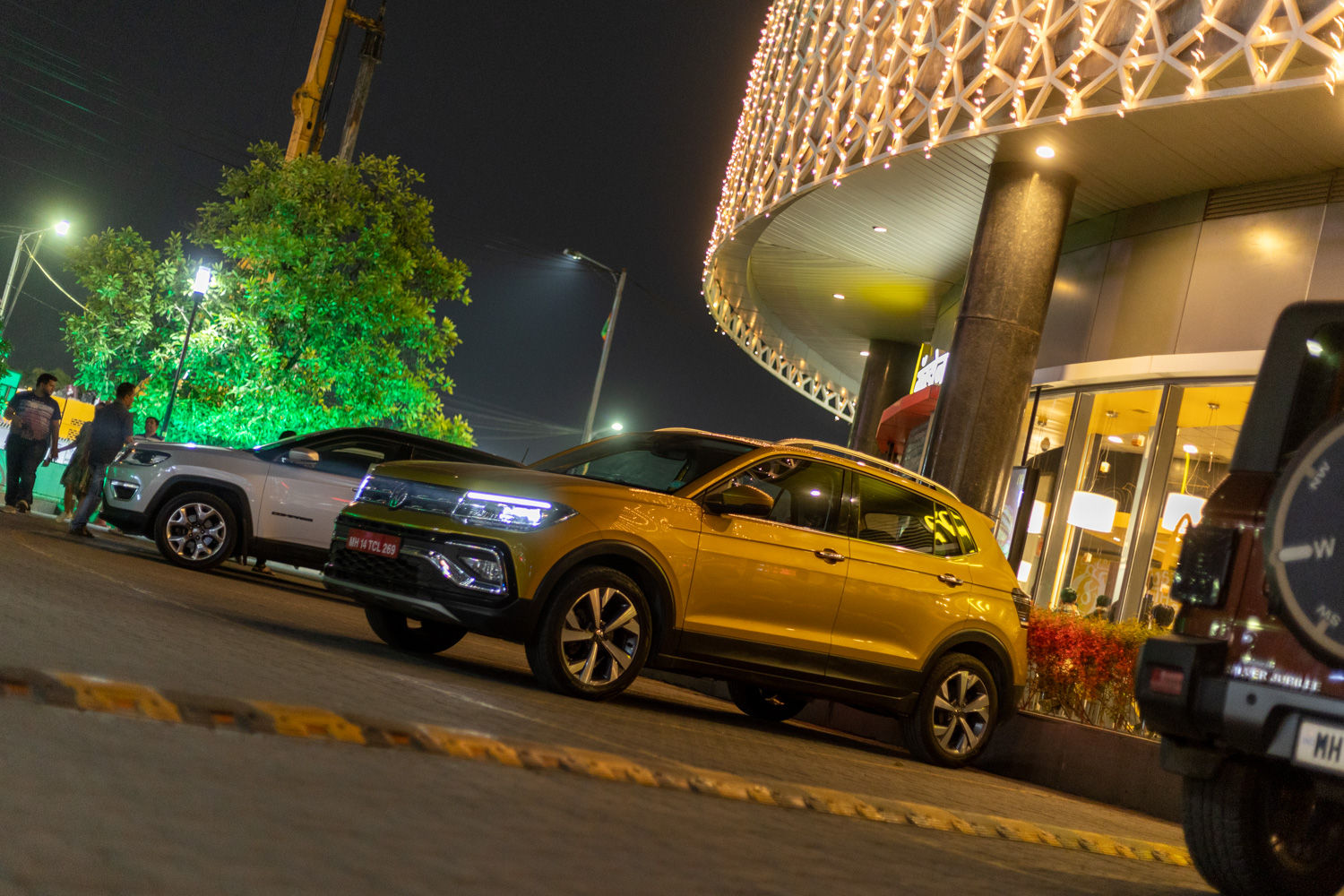 During the six months that the Taigun was with me I’ve covered a lot. Countless office commutes of over 40km a day in peak traffic. Many intercity road trips traveling via the expressway to Mumbai and even shifting stuff to a new home. A couple of road trips to Goa, the Maharashtra coast and plenty of weekend getaways as well are also under its belt.

For a car that’s been around for a bit now, I have to say that I still like the way the Tiguan looks. It’s a little edgy and just enough SUV-looking. And what’s even better, with not as many Taiguns on the roads, unlike some of its competitors, it still turns heads every now and then. This bright color helps I'm sure, though the Curcuma Yellow isn't completely to my tastes.

Ergonomics are something that German cars really get right. There’s plenty of usable storage spaces in the Taigun’s cabin, and the cabin design and the sheer amount of tech on the inside is also something that I've really gotten spoiled with.

Wireless charging, air-cooled seats, plenty of info on the driver dash that’s customisable as well and plenty of control from the steering wheel, so I don't have to take my hands off the steering wheel. I wish the logic of the button layout was a little better but that’s because I’m constantly jumping between different cars and thus keep getting confused.

Also, there is no direct button to answer phone calls, and no button to disconnect after the call. As an owner it’s something you would get accustomed to. The six-speaker sound system is clear but lacks the punch of the subwoofer that the Kushaq comes with.

Speaking of the infotainment system, the 10.25-inch touchscreen is nice and snappy to use. It also has Android Auto and Apple CarPlay. I can't comment on the CarPlay, but the Android Auto connectivity is a little problematic. Sometimes it glitches mid call and then you have to switch the ignition on and off to reset.

I, therefore, use Bluetooth connectivity only. Disconnecting from Android Auto is also an issue as the system constantly tries to log back into your phone. So, the only way to use Bluetooth is to ‘forget’ your phone in the connection menu and when prompted, request to never use Android Auto with your device.

Another modern feature is the only Type-C charging. I only have one Type-C to Type-C cable, the one that came with my phone, so I have to keep remembering to take this cable on long trips, a small niggle that will probably go away in a year or two when these become more commonplace.

Thankfully there is a wireless charging pad. It’s reasonably quick and keeps the phone topped up nicely when in use even with calls and Android Auto or Bluetooth in use. The phone does heat up after a bit, so a cooling duct here would have helped.

There are some bits that could have been better. The plastic panel and the switches around the IRVM felt flimsy at the first drive and still feels the same. Nothing has failed so this has proven to be only a feeling, still the quality of the rear light switches is something that your rear seat passengers are bound to comment upon.

This brings us to the driving experience. The positives from my time with the Taigun have been on long trips. Show it some winding roads and open highways and the Taigun really shines, even with the 1-litre petrol. The turbo motor has plenty of power (even when loaded) to be a lot of fun. The car keeps you engaged and you can drive the Taigun in quite a sporty fashion.

In the city the automatic gearbox was a great boon. It kept my commutes calm and fuss-free, but there are a couple of downsides. To counteract the turbo lag, the gearbox does a lot of shifting between first and second at slow city speeds and even with the automatic, this gets a little tiresome. Quite often you find that just when you want acceleration, the gearbox needs to shift down into first before you get the acceleration you need.

The city mileage is also something that I have complained about before. With my stop-start city traffic, I’ve never seen the fuel efficiency meter read in double digits. It’s only late at night when there is less traffic that I've seen figures over 10kmpl. So, that’s a little disappointing for a ‘small’ engined car.

When the roads open up though the efficiency also increases. On long roadtrips seeing the meter reading over 15kmpl was commonplace. So, something to keep in mind if you’re deciding to pick the smaller engine. Mind you, we’ve driven around the 1.5-litre Skoda Kushaq and gotten better city mileage. Interestingly, the higher power and torque from the bigger motor help in handling stop and start traffic better and more efficiently too.

The Taigun is an awesome city car. It’s practical, spacious and has a great set of usable features. I loved the tech package, the driving experience over open roads, the air-cooled seats and the convenience of an automatic gearbox.

I didn't like the efficiency for the type of commute I have. And I would much rather spend the extra money for the 1.5-litre motor than see the ‘smaller’ engine give me such low mileage. Pick the Taigun if you like a quality driving experience, practical family space and tech package and if you like doing a lot of long trips.