The “diesel dry period” may be behind us in the NCR region, but it has left a big impact on the luxury segment. Going forward, manufacturers do not want to lose out to policy changes, and as a result a plethora of petrol cars (and SUVs) are making their way into the luxury market. Recently, Land Rover launched the Discovery Sport petrol in India and this is sure to be celebrated by petrol heads and by those seeking an extra dash of luxury. So how does the Land Rover Discovery Sport Si4 drive? 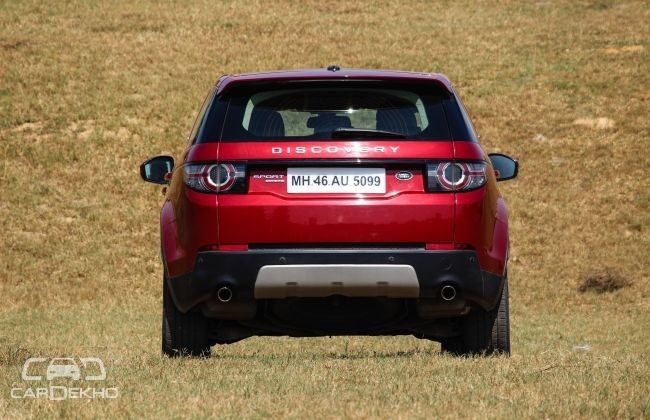 Let’s jump on to the heart of the matter first - the petrol engine. The 1,999cc turbocharged petrol engine is the same unit that powers the Jaguar XE, in 240PS state of tune, in India. Striking fact about this engine is that the peak torque of 340Nm is delivered at just 1,750rpm, so you can expect the Discovery Sport to clamber out of tricky and mucky situations without a whimper. A short excursion to the Aravallis to flex the Sport’s muscles made us realize its capabilities off the tarmac. Unlike petrol engines that need revs to get into the max torque range, a tap on the Disco’s throttle can negotiate steep inclines and chicken holes, and that’s the beauty of this engine.

On the road, where the majority of Sport owners will undoubtedly spend most of their time, the 2.0-litre engine shows a slightly different character. The Sport ambles easily from 2,000rpm and gets into the sweet spot a little higher in the rev range. There is a bit more zing around the 3,000rpm mark while peak power hits at 5,500rpm, beyond which there is a noticeable dip on the sprint to a 6,200rpm limiter.

A leisurely run through the city in the Discovery Sport is effortless. The 9-speed automatic transmission shifts up and down promptly to keep the Sport on its toes. However, the Discovery Sport is certainly not an SUV that loves to be hurried. Keep the progress gentle and it’ll keep you interested with its easy willingness. The Discovery Sport was never meant to slash lap times on a circuit and so it requires a bit more attention and feels less satisfying when driven with the accelerator planted in the carpet underneath it. Manual down-shifts via steering paddle are quick. Also, the nine ratios ensure that the Discovery Sport can cruise effortlessly at around 120kmph.

Slightly firm suspension setup imparts excellent high speed manners to the Discovery Sport. It feels composed upwards of 80kmph and the suspension soaks uncertainties with ease. Low speed ride quality, however, is on the harsher side and poor road conditions seem quite obvious inside the cabin; this is especially so for passengers in the middle and the third row. The SUV doesn’t roll much but the moment the drive gets exciting for the driver, g-forces take a toll on passengers. While we couldn’t go for a proper corner-carving session, the steering felt light but precise.

The driving position is commanding and the front two seats are the best overall, with good lateral support. For the sheer reason that it’s a petrol-powered SUV that should ideally be driven by the master himself, the Discovery Sport petrol can be forgiven for its less than ideal backseat experience. And if you need the third row of seats you will need to spend an extra lakh-and-a-half.

Off-road, the engine’s ability is supplemented by the Terrain Response system with four standard modes - General Driving, Grass/Gravel/Snow, Mud & Ruts and Sand. The Terrain Response system is offered as standard on all variants of the Discovery Sport with Hill Descent Control, four-wheel drive, Hill Start Assist and Roll Stability Control. If numbers excite you, the Discovery Sport can pass through 600mm of water puddle; has an approach angle of 25 degrees, ramp angle of 21 degrees, departure angle of 31 degrees, and minimum ground clearance of 212mm.

Land Rover expects that the petrol engine-equipped Discovery Sport will appeal to the people who get behind the wheel. Maybe, that is why they decided to offer it in the HSE trim only and not in the top-of-the-line HSE Luxury that gets the Rear Seat Entertainment. In form and equipment, there’s nothing that has changed in the HSE trim of the petrol Discovery Sport. The deftly emerging gear knob at the start and the panoramic sunroof are the few special instances. The straightforward design is finished richly, built to last. Features like auto dimming inside rear view mirror, second row air flow control and height adjustable seatbelts are given a miss.

Priced at Rs 56.50 lakh (ex-showroom, Delhi), the 240PS Discovery Sport petrol is in the same ballpark as the 150PS diesel HSE trim. Off-road capabilities and its ability to transport you in luxury are on par with what’s expected of a Land Rover, but the Si4 spices it up with more punch and refinement. Although, less torque and higher running costs are tradeoffs you will have to live with. Nonetheless, the Si4 makes a case for those who want to indulge in a Discovery Sport that packs in more potency and a greater sense of luxury.