Despite being just a facelift, the 2020 Discovery Sport gets a new platform, engines and features. These must have made a world of difference to it then. Or do they? 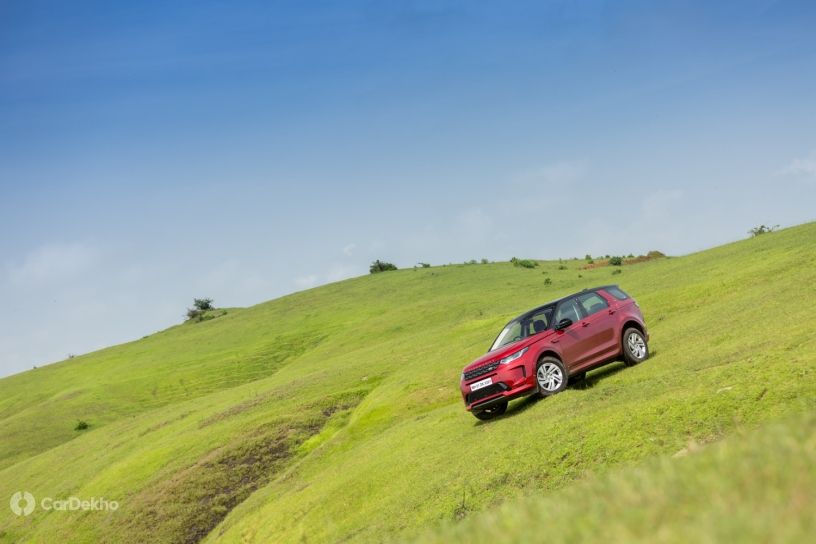 Land Rover has given a mid-life refresh to the Discovery Sport. But unlike a vanilla update, the 2020 offering’s changes are more comprehensive underneath than on the surface. Over the cosmetic enhancements and feature upgrades, it gets the new premium transverse architecture (heavily updated iteration of the previous D8 architecture) and the BS6 Ingenium engines. So it seems that Land Rover has gone that extra mile to give the Discovery Sport a bit more zing. But is it enough to sway you away from a German manufacturer’s dealership? That’s what we’re going to find out.

The majority of its little changes are bundled at the front. It gets a new set of sleeker and more expressive LED headlamps with daytime running lamps that flank the mildly updated trademark Land Rover grille with ‘Discovery’ badging on top. The bumper design features a gaping air dam which also gets vertical slits that add a touch more sportiness to the fascia.

Move to the sides and a sense of familiarity takes over. Despite a new platform, the only gaugable change from the previous SUV is the new five-spoke 18-inch alloy wheels and deletion of blacked-out body cladding. Highlights like the prominent line that connects the front quarter panel to the tail lamps while crossing through the door handles, and the tiny Land Rover badge on the C-pillar look quite elegant. Also reiterating the R-Dynamic packaging are the crest on the bottom of the front fenders and the embossing on the scuff plates.

When seen from rear, the Discovery Sport takes quite a leap forward in terms of aesthetics. The new LED tail lamps and redesigned bumper with rectangular housing for the exhaust outlets all add up to the upmarket look of the SUV. Do not miss that shark fin antenna at the rear end of the roof with more than usual protuberance. It fits a cool add-on that aids visibility for the driver but more on that later. For now, let’s hop inside the Discovery Sport’s cabin.

It’s a neat and minimal layout with an all-black colour scheme. That said, the dark shade has no negative effect on the sense of space and airiness in this cabin. The quality of the material is hard to fault, especially when there’s ample use of soft-touch elements for the dashboard, oak veneer for the door pads and central console, along with ebony leather seats with contrast stitching. There’s generous use of chrome for the central panels and the steering wheel.

The view out of the driver seat is commanding even if you are vertically challenged: it’s easy bringing the ends of the hood within sight as it gets 12-way electrically adjustable front seats with two-step manual headrests. Memory functions for the seats are unique to the top-spec R-Dynamic variant. The seat cushioning is slightly firm but will serve well on highway jaunts. They can easily fit drivers over six feet and offer ample headroom as well as underthigh support.

The chunky new leather steering wheel is similar to the Evoque and gets functions for the audio system, cruise control and lane-keep assist. It features nice contours for the thumbs, feels weighty to hold and the switches emanate a tactile click while the paddle shifters weigh in further to add to that premium driving experience.

Our test car, being the top variant, is equipped with the 12.3-inch all-digital driver display that will relay not just the everyday info like the media details and trip distance but off-road statistics like the steering angle and traction levels.

Another change is the new 10-inch Touch Pro infotainment unit with its high resolution display and snappy response. It’s detailed and also doubles up as a screen to display the SUV’s vitals, which comes in handy if you have a navigator while you trundle along off the beaten track. A smartphone pack with Apple CarPlay and Android Auto comes as standard but takes its own sweet time to pair after you’ve plugged it in the system. However, the icons at the bottom are tough to operate on the move.

Under the infotainment are the dials for dual-zone climate control and the terrain response system which is, obviously, a standard fitment. There’s a wireless charging spot for your phone which will be a bit tight for new age phablets that stretch beyond the 6-inch mark. One design quirk that might take some getting used to are the window controls which are placed over the door panels, while the heated outside rearview mirror is toggled from the conventional position.

Other notable features include a fixed panoramic sunroof, USB sockets up front with 12V sockets, 360 degree camera and ambient lighting. Goodies exclusive to the R-Dynamic variant are a 380W Meridian sound system, auto high beam assist and the ClearSight interior rearview mirror that relays real time live feed through a camera mounted in the shark fin antenna. Features like keyless entry and auto dimming IRVM are glaring omissions in the entry-level S variant.

The Land Rover Discovery Sport features a 5+2 seating arrangement and we’re happy to report that the second row is quite well-equipped for those arduous day long journeys. With the front row seats set for a six-footer, the second row offers just about enough knee room for a similarly-sized passenger. The headroom, kneeroom and underthigh support are all adequate and comfortable. The shoulder room is enough to fit in two plus-sized occupants without a hiccup. For added comfort, the seats feature a slide and recline function but at the cost of the third row. Practical bits include a dedicated AC vent, foldable armrest with cupholders, flat storage space and USB ports integrated behind the front rear seats.

The second row tumbles forward to give access into the third row, which is best left to slender-built occupants of short height for shorter journeys. It might offer an accommodating backrest but the seats themselves are literally a few inches above the floor. So you sit with your knees pointing skywards but you do get separate 12V charging points.

Holding the entire family’s knick knacks should be easy in the Discovery Sport with its huge door pockets, glovebox and the front armrest storage. Yes, the latter offers decent storage space with the cupholders in place but you can remove them altogether to free some space for bigger articles.

The Discovery Sport features a powered tailgate as standard. The boot isn’t of much use with all three rows up with a meagre 115 litre space. Fold down the third row and you get 657 litres which can further balloon to 1451 litres when you press the switch to power fold the second row. The second row doesn’t really fold flat but offers enough utility to move more than your camping equipment.

The update brings a new set of BS6-compliant petrol and diesel engines. At our disposal was the D180 2.0-litre, four-cylinder diesel engine that pumps out 180PS and 430Nm. It’s paired to a 9-speed torque converter. The motor feels a bit more refined than before and that is evident when you crank up the engine. It’s adept at pottering around town while shielding you from the cacophony that plague Indian roads. When you want to make a quick move, the gearbox takes around half a second to downshift to the intended gear. However, you can take matters, literally, in your own hands with the help of paddle shifters which are earmarked for the R-Dynamic version.

The Discovery Sport loves to stretch its long legs on the highway, where its gearbox seems like a match made in cruiser heaven. It will settle at around 100kmph in ninth gear with the rev counter hovering at just around 1,600rpm. Dab the throttle just a bit and you enter the torque curve which is enough to overtake most vehicles in the fast lane. That said, it will be unwise to stretch it beyond 3,000rpm as the output to your pedal input starts wearing off and the engine starts sounding a bit gruff.

To have a fun time driving the Discovery Sport, keep this mantra in mind: easy does it. Not that a Land Rover owner will care much for it but that way your trips to the fuel station will also be few and far between. Our tests revealed a 13.25kmpl fuel efficiency figure on the highway and 8.14kmpl within the city. The brakes offer a progressive feel and inspire confidence even while dropping anchor from significant speeds.

The Discovery Sport feels quite agile for something that weighs more than two tonnes. Direction changes can be executed with conviction for a 7-seater SUV; there is some body roll but nothing off-putting. The steering feels quite direct and well-weighted but might require just a little more effort at slow speeds. This might bother some drivers with prior experience with premium cars but first-time owners will easily warm up to it in due time.

Given that it’s a Land Rover, the Discovery Sport gets Terrain Response 2 with multiple terrain modes as standard. It masks rough, rut-laden roads and mid-corner bumps with ease. You don’t even have to worry about a muddy trail as the ATPC or all terrain progress control electronically manages the power feed to the wheels, locking the differentials or reducing the ESP interference to keep you out of sticky situations. It sticks true to its DNA and just rovers through the less beaten path with utmost grace.

We drove up a hill strewn with muck, ruts, slush, grass and stones only to see the Discovery Sport make easy work out of them. We just dialed in the ATPC’s auto mode and it just glided over all to reach the grassy hill top. There was little to no drama and that certainly adds peace of mind knowing that your expensive toy is quite a capable performer off-road and justifies the Land Rover badge that it bears.

The 2020 Discovery Sport has taken a healthy leap over its predecessor with its contemporary looks, sophistication, performance, technology and the overall niceties. However, it still cannot touch the polished yet dynamic manners of some of its German rivals. What it does touch upon pretty well is the feel-good factor, brilliant ride quality, along with a third row on offer which will be much appreciated when the family plans for that long, leisurely road trip.

With an entry level tag of Rs 59.90 lakh that tops out at Rs 63.31 lakh (ex-showroom India), the pricing lies in the same ballpark as the BMW X3 and the Volvo XC60 but a little higher than the Mercedes-Benz GLC. The competitive pricing, off-road ability, extra row of seating, improved features palette and more refined engines make it worth shortlisting when you step out to shop for your next SUV.