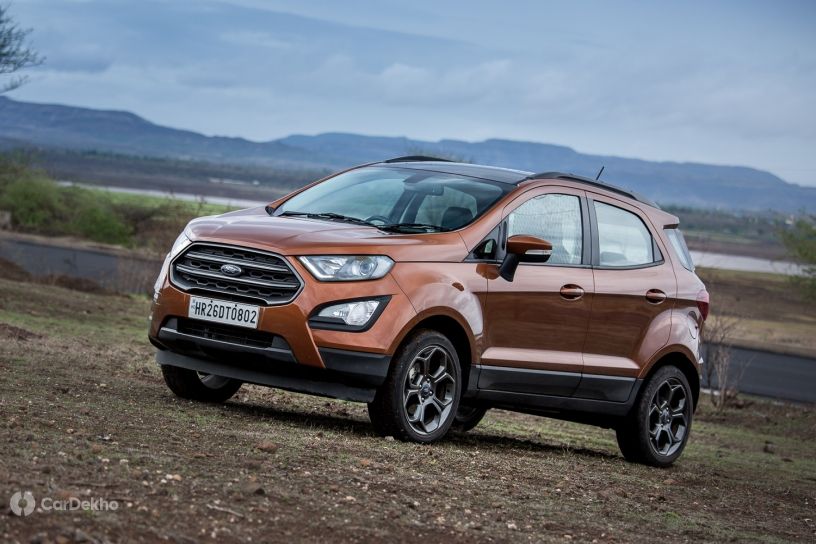 My dad owns an EcoSport. My colleague’s brother just bought an EcoSport. And I am sure you too know many people who have, or still own an EcoSport. After all, it was the original sub-4 metre SUV and has been on sale in the country since 2013. And while it has remained more or less the same for 7 years, there have been considerable updates to keep it fresh. I will now be using the 2018 EcoSport S diesel as my daily driver to figure out how well it performs in various driving conditions.

Well, it's hard to call these ‘first’ impressions as we last drove this SUV in a comparison test where we pitched it against the Mahindra XUV300 and Hyundai Venue. It's a solidly built car and looks rather impressive. When this S variant was launched, it brought with it a sunroof, new interior trim and a bigger and more detailed multi-info display (MID), all of which help it feel more premium. The cabin is quite a nice place to be in. The materials are nice, the contrast trim looks sporty and while the blue backlight at night looks old, it is well detailed. Guests, friends, and family always feel welcome in the car as it looks and feels premium. But the upkeep of the black floor mats is a task.

What did not change with the latest update, however, was the ageing diesel engine. Don't get me wrong, it's still a pretty decent performer. But the lack of refinement when compared to its rivals is now rather evident. It is quite noisy and also gets a rather heavy clutch. The lack of poke at lower revs means you have to shift more often and the gearbox is a bit notchy. In my short commute to the office and back, the number of gear shifts has been a bit of a bother. But the moment you get an empty patch of road, the EcoSport eggs you to go fast and the handling puts a smile on my face every time. The steering is pretty direct and very communicative of the relation between the tyres and the tarmac.

In the next 6 months, the EcoSport will be put to the test as I will not only be using it for my daily commute but also take it on long road trips. It will also see multiple runs to Mumbai from Pune and be sent on regular services. And in these 6 months, I will keep the reviewer within me in check and live with the EcoSport just like a regular car owner would to bring out all aspects of the car.

I’ve decided to call our long-termer Cutlet as it’s a proper enthu cutlet and loves being driven fast, especially around corners. Also, because it's brown and looks delicious.