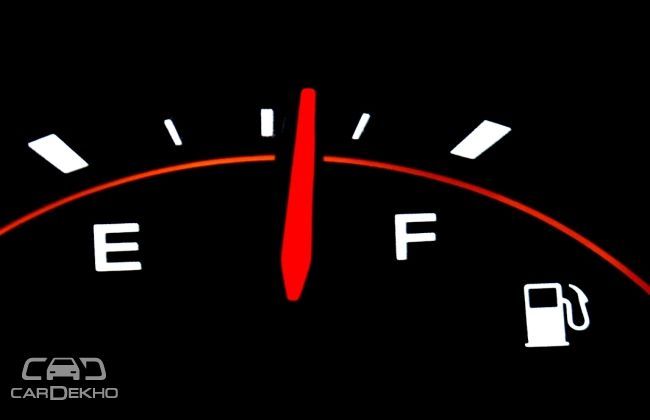 The Indian automobile industry is currently undergoing a lot of changes. On one side, the reduction of fuel prices is bringing a small smile in consumer’s faces and changing the recent trend of increased diesel car sales back towards petrol cars. And on the other side, the revision of excise duty of cars back to their original rates (higher) from January 2015 has made the car manufacturers to increase the price of their products, swiping the smile off the same consumer’s faces. Let’s take a look at the trend of fuel prices in recent times and their impact on the sales of passenger cars in India.

Though the reduction in fuel prices is not as big as the global crude oil price, which declined by over 58% from USD 112/bbl (Brent) in June 2014 to USD 47/bbl now, they are still lower and thus better than they were in the recent past. While petrol prices touched a peak of Rs.75.1 per litre (Delhi) in September 2013 and diesel prices peaked at Rs. 59.0 per litre (Delhi) in September 2014, the prices are now down to Rs. 62.3 and Rs. 51.5 per litre respectively.

The reduction of fuel prices will play a major role in reducing the ownership costs as the fuel cost is the second biggest component after EMI. Other ownership costs include maintenance costs and insurance charges. The cost of ownership for a petrol car went up to 27% in 2014 from 21% in 2009 following the rise in petrol prices by around 40% in the last five years. Likewise, after the partial deregulation of diesel prices since January 2013, the annual ownership cost of a diesel car increased to 21% in 2014 from 15% in 2009. And now with reduced fuel costs, the cost of ownership for a petrol car is expected to reduce by 10% and for a diesel car by 8%, provided the reduction of fuel prices stay low at least over the near term.

But all the possible savings that one can have in view of reduced fuel prices is sadly neutralized by the rollback of excise duty that was earlier cut during the Interim Budget in February 2014. The reduced excise duty, 3-6% across various segments, was to be initially for the period from February 17, 2014 up till June 30, 2014 and later extended till December 31, 2014. Now, the excise duties are back to their original rates from January 1, 2015 and the car manufacturers have announced increase in vehicle prices to cover for the increase in excise duty rates. This has resulted in the on-road price of a typical compact segment car increasing by Rs. 17,000-20,000 and in turn has pushed up the annualized EMI of the petrol variant by Rs. 2,400 and a diesel variant by Rs. 2,800.

The price difference between petrol and diesel was the reason that people opted mostly for diesel cars. But now that is old story. The price gap between petrol and diesel is now at 21% as against the 72% in June 2012 and this will bring the tide back towards the petrol cars. Also, after the fully deregulated diesel prices in India, the break-even period to recover the upfront cost premium on a diesel car has increased to 5.3 years as of January 2015 from 3.5 years in 2011-12. Though this is still lower than 7.1 years observed in 2009-10, industry experts believe that the diesel passenger cars sales will reduce to around 30-35% in the next two years against 50% currently. But for this, India’s vehicle taxation policy should remain fuel neutral as also the current rate of excise duty and VAT imposed on petrol and diesel (as fuels) remain unchanged.

The Indian passenger vehicle industry is expected to grow 2-3% domestically in FY2015 and majority of this will be from the customers looking to replace their used vehicles with the support from first time buyers is expected to be weak. As far as manufacturers are concerned, the credit profile of bigger players is expected to stabilize, despite competition and investments on new product development. But for the low volume players, they are expected to feel high profitability pressures.