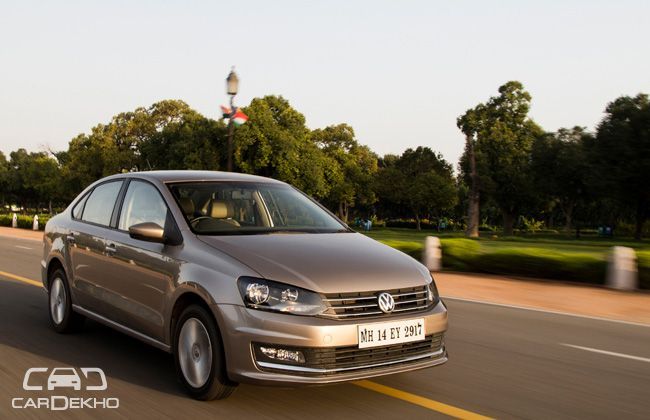 Amongst the many mid-size sedans in the market today, Volkswagen’s Vento is one that brings together looks, comfort, performance and quality all in one package. The only thing that was missing until now was a diesel automatic option which has been introduced to increase the woo quotient by the Germa

Here we welcome another new long termer car in our garage, the Volkswagen Vento. This is the latest version of the entry-level sedan from the German manufacturer, which had been updated. As we bid goodbye to the Mercedes-Benz E-Class, to move on to another German car. Read further to understand how

Volkswagen has been introducing several new variants of the Polo and now it is time for the Vento. The Vento?s existing automatic was a six-speed single-clutch that was mated to the 1.6-litre petrol. Now, the new 1.2-litre turbo petrol with the seven-speed dual clutch transmission is recent combinat

The Volkswagen Vento has been around for the last two years, and was introduced shortly after the launch of the Polo. To capture a good chunk in the Indian car market, Volkswagen introduced vehicles in the B+ and C+ segments. To freshen up the line-up, the German manufacturer has embellished its ent