All the hype around Renault's Scala had every Indian auto enthusiast on edge. And all that attention wasn't without reason, for the French car maker had made its intentions obvious, that it was ready to claim its share in the C segment automobiles. With such ambitious plans, the strength of its brand name combined with their own version of Nissan Sunny was reason enough for car lovers to go gaga about it. Well, there is no denying that Renault Scala is a clone of the Japanese car, i.e. Nissan Sunny. The Japanese carmaker's Sunny fared pretty well in India, and hence its French partner decided to launch a car on similar lines, with the only difference of brand name. Scala takes most of its features from Sunny, including the exterior elements, and Sunny's much loved interior legroom too. However, it does have bigger headlights and there is just a slight variation on tail lamps and boot lid chrome. Moving on to the engine that powers this sedan, Renault gives an option of two engines, i.e. petrol and diesel. A 1.5-litre petrol engine that churns out a power of 97.7bhp and a decent torque of 134 Nm, whereas the 1.5-litre diesel engine delivers 84.8bhp power and 200 Nm torque. All in all, Renault Scala is the perfect solution for those who are looking for a cheaper entry level sedan that does not compromise on performance. Other than its oh-so-Nissan Sunny looks, I am quite happy and impressed with what I see.

I buy scala rxz in december 2012 it is a perfact car both the way desining and engine are both very good and I felt that I have good decision to bought Scala in diesel.

scala is a stylish and good looking car its all features are very attractive with scala.Its look like sunny but scala is totally different from sunny. 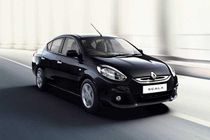