A great car with poor after sales and services

A great car with poor after sales and services

Renault Duster AWD RxZ 110 PS has great pickup and mileage @13 km. After sales had initial issues with the air conditioner - identification of the problem took 50000 km of the initial run. After the AC issue, certain spare parts of the AWD had to be procured from Renault Chennai and Renault, France - Imagine the waiting time for such processes. Services were terrific with inefficient and untrained/unqualified personnel and equally arrogant management. Identification of cooling issues took 4 visits to the service center. In the fourth visit, some qualified personnel identified the issue and the problem was solved. In a latest instance, paid an unheard of amount (Rs. 44000) for services through My Renault App and the service center did not hand over the car to me as they had not received a confirmation from the accounts team who had already left for the day. 24 hours later, after waiting in the service center for more than five hours and a police complaint lodged did I get the car post the confirmation from Renault Chennai team. Services of the car are handled by TVS Group who have the least customer centrality. 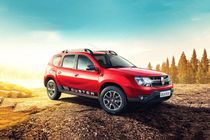 Thanks! that was really helpful.