Renault Duster Ready to Be Dusted?

The most talked about car model currently in the Indian car market is none other than the Renault Duster. In fact Duster has been creating a lot of buzz right since it was confirmed and showcased by Renault India at the Auto Expo early this year. Just for the records, Duster is manufactured at the Renault-Nissan facility at Chennai and the same Indian built Duster are also exported to a few countries of Europe but rebadged as the Dacia Duster. 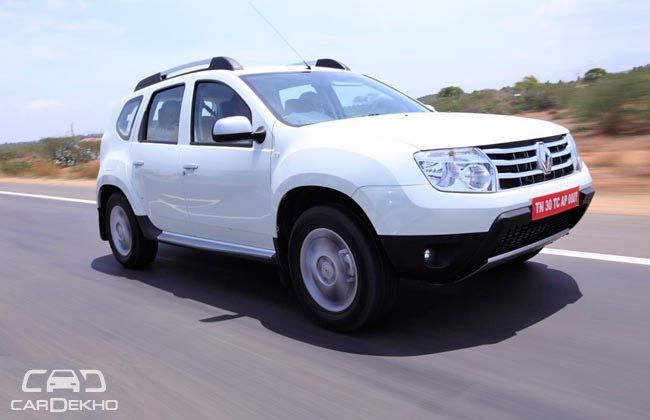 The Renault Duster carves an all-new segment in the Indian automotive car market which would be known as Affordable Urban SUV segment according to us. Renault has kept its promise of launching the Duster in India at a very affordable price tag.

We were among the lucky few who were invited by Renault India to drive the Duster in the Gods Own Country Kerala on easily the most scenic roads that we have ever driven on in India; Munnar which is a hill station at about 150 odd kms away from Kochi was the chosen test drive location. Read on for our most extensive road test review of the Renault Duster and find out how the Duster actually manages to come to terms with our test drive.

The Renault Duster has an impressive wheelbase of 2673mm which is more than the Skoda Yeti that of 2578mm. The Renault Duster has an all impressive ground clearance of 205mm which incidentally is more than even the Mahindra Scorpio which stands at 180mm. Renault has clearly dimensioned the Duster with much larger dimensions than the Mini SUVs  that are priced similar or a segment or two higher.

The design language on the Renault Duster's outside is simple yet robust, if you want to describe it in one line. The front face of the Duster appears aggressive with the three vertical chrome strips that form its face. The headlights have a neat combination reflector design that is shaped in the flow of the front grille.

The front bumper is on the flatter side, with the upper half in body colour and the lower half left unpainted in black plastic purposely so that it can be salvaged in an incident of mud, slush or rocks hitting it. The dual tone bumpers also enhance the sporty and off-road looks and ability of the Renault Duster.

A plastic skid plate in silver shade is moulded out of the front lower bumper just under the protruding air dam section. The air dam gets a black plastic grille. Pair of round fog lamps extends the ruggedness on the face of the Renault Duster. The headlights on the Renault Duster reminds one a lot about the Mitsubishi Montero, which is a big compliment because the Montero is priced 4-5 times of the Duster. A flat longish bonnet smoothly mates with the front frill and the nose of the Duster. The side profile of the Renault Duster is best defined by the very muscular and beefed up front and rear fenders.

The bulged fenders go a long way in extending the overall muscularity of the Renault Duster and can easily be one of the key elements in the cars exterior design. You also get a silver-black color running foot board which is more of an ornamental fitment.

The running board helps in making the Duster appear much broader than what it actually is and also in enhancing the side profile and adding to its SUV like appearance. The wing mirrors get silver painted housing in the top end Renault Duster RxZ variant while we would have liked body coloured wing mirror housings.

The rear number plate garnish has D U S T E R inscribed on it which is in full chrome. If you remember, Renault has a unique style of inscribing the model name using large fonts on the centre of the boot lid of every model that it sells in India. The rear bumper again is a dual tone affair with the top half in body colour while the lower half in unpainted black shade.

The Renault Duster comes with two tow hooks, one in the front and the other at the rear.  The exterior fit and finish quality of the Renault Duster is good, not much to complain about. The paint quality is also at par with other car models in the segment.

The Renault Duster is easy to step into unlike a few other SUVs which are very tall and you need to climb into them. A mix of beige, black and chrome is used in the cabin area. The dash board has the upper half in black while the lower section is in light beige colour shade. The instrument cluster is a twin pod design with two round dials with a flat lower design on them. The instrument dials get chrome lining around them.

The speedo and RPM needles are in red to give that extra sporty touch. A small digital trip meter, clock, fuel meter and temperature meter combo unit is placed in between the dials. A soft amber glow lights up this unit. Under this unit are the usual warning lights and turn indicator light cluster.

The speedo cluster is simplistic but practical. Not much to show off here. The steering wheel is a three spoke affair and gets leather cladding around it. You get a dash of glossy piano black finish insert on the centre spoke of the steering along with the Renault logo in chrome.

The steering is good to grip but the horn area is a tad bit large. The unique Renault styled multimedia control unit is just behind the steering wheel on the right side. The centre console on the dash has a large utility storage space just above the centre AC vents.

This dual type storage space is the best place to keep you mobile phones or house keys etc. The round AC vents get the chrome linings around them; these vents can be closed, opened and positioned accordingly for air flow. The main centre console gets the glossy piano black band running across.

The Duster comes with a single CD/MP3 with Radio unit that has inbuilt Bluetooth telephony and audio streaming. You get the much needed AUX and USB ports too. The round AC unit dials are placed under the audio system and they too get the chrome stripping on them.

You get some storage space below the AC control dials followed by the twin cup holders besides them. The long throw gear shifter has leather cladding with the upper patch in chrome. The glossy black piano finish continues around the gear shift area too. The passenger side dashboard area too has a neat storage area engraved in the dash above the glove box.

The seats on the Duster are in beige fabric with a touch of black on it. There also is an option of getting leather seats at an extra payment. The driver seat can be adjusted for reach and incline along with height adjust along with lumbar support. The front seats have good under-thigh support and lower-back padding.

The front seats feel adequately sized for the Indian back. Leg room, head room and shoulder room is more than adequate and available in abundance. The rear seats are comfortable for three passengers. You get 2 adjustable head rests on either sides of the rear seat and a fixed head rest in the centre.

A foldable centre armrest with cup holders is also standard on the Renault Dusters top end RxZ version. The rear seat does not have the 60:40 splits but can be folded to increase the boot space when needed.  The rear passenger’s get separate set of reading lights mounted in the roof. The door pads too get the glossy piano black inserts with chrome door openers.

There are bottle holders along with some storage space in the door pads. We are told by Renault officials that the Renault Duster has the world’s smallest automotive AC unit that is installed between the front seats for the rear passengers. This 3 speed AC unit uses the main AC unit’s compressor but has separate condenser and gas lines.

The Renault Duster has a massive boot space with 475litres available with rear seats in action and a massive 1064litres with rear seats folded down. The cabin area of the Renault Duster can be termed as simplistic but very practical. The cabin fit finish is not bad and does its job well at this price range. The beige upholstery lightens up the ambience and makes it seem larger than it is.

It was difficult to make out if the engine was running at times during our test run. The gear ratios are short and spread out with the max torque and power felt in the third shift. The power and pick up is gradual and not instant as on other CRDI engine units. Once the turbo kicks in at around the 2k RPM mark the engine show its true colours.

The Duster is a hard handler with the steering tuned on the stiffer side so that the driver remains connected and in command at all times. The Renault Dusters 6 speed gearbox has precise shifts. The shifting is not as soft as the Japanese cars but is just perfect to suit the Mini-SUV.

We did umpteen test drives up and down the twisty ghat-roads at Munnar and threw the Duster in sharp corners and hair pin bends but the car came out shining in the handling and stability department.  The ride quality is also superb with the Dusters independent McPherson Strut with coil springs & anti-roll bar in the front and Torsion beam axle with coil springs & anti-roll bar at the rear doing a commendable job to give a very refined and comfortable ride quality.

The biggest USP of the Duster is the sedan like driving ease. Even though you are seated at a slightly higher position, you can control the Duster rather easily ditto like a sedan. The drive quality is superb with minimal wagging or throwing of the tail during hard and heavy cornering. We cruised in the Duster at speed of over 140kmph and the little SUV behaved tamely all through the highway run. The Duster handles well almost all speeds that it is asked to, with ease. The Renault Duster is a clear winner in the ride and handling department.

The Renault Duster is surly a very different and unseen package for India. The Mini SUV market in India is a rather virgin segment that Renault has opened up and the Duster will surely bring huge numbers for the French car maker. The Renault Duster looks macho, handles and drives well, has a good cabin and equipment level so not much that goes against it.

The pricing and value for money are the key USP for the Renault Duster. Though the Renault Duster is a built to price Mini SUV, it does its job rather well. This is an unexplored segment which Renault has the upper hand as they are the first player to enter it. You also have a surprise announcement from Renault which is the 5+2 seater option on the Duster that would available at the dealer end where a set of extra jump seats would be installed in the boot as an extra accessory fitment.

The Renault Duster as mentioned opens up an all new segment which could be the success story for it as currently there are no direct rivals.

The soon to be launched Ford EcoSport is the biggest rival of the Renault Duster along with the Premier Rio that sells currently. The Mahindra Mini Xylo would also be a big rival when launched.  Other models like the Mahindra Scorpio, Force One, Mahindra Xylo, Tata Safari, also fall in the same price category so in terms of price, they are tough rivals for the Renault Duster.

Parting words  – Competition beware of getting ‘Dusted’ off.