It looks like a million bucks for sure, but is the 2020 Evoque just a champion of form or does it pack some substance as well? 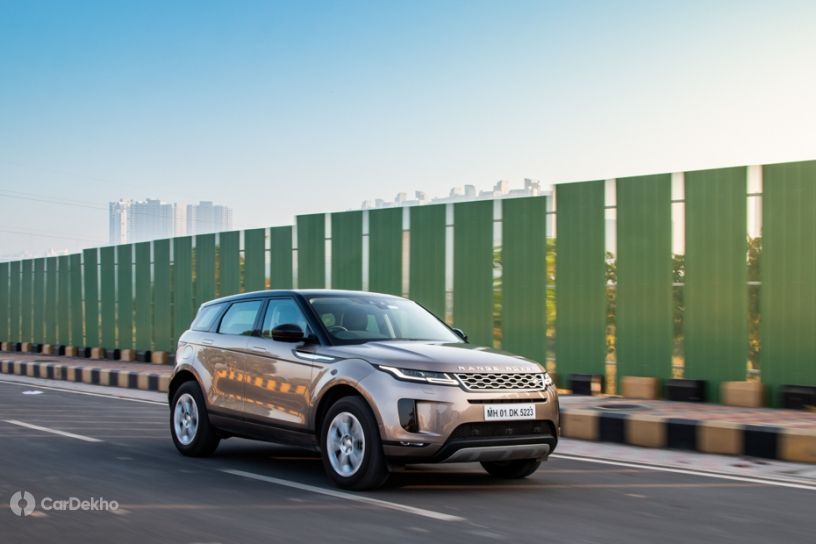 The first-gen Evoque made the Range Rover badge more accessible to premium car buyers in India. It had the highest recall value and street cred when compared to its similarly priced German counterparts. But for the most part, these rivals were much better packaged in terms of size as well as features.

But that didn’t have much effect on the Evoque’s fan following, which continued on its upward trajectory. The same (or maybe more) is expected of the second-generation Evoque we have here. We drove it in and around Pune to find out if it still evokes a sense of occasion and whether you should consider spending those big bucks on one when its rivals are quite a capable lot.

The Evoque has always been a showstopper and the new generation model has gained an even more balanced design. It’s sober and striking in equal measure, and at the right places too. The new model, based on the Premium Transverse Architecture, has grown in size, witnessing an increase in length (by 11mm), width (by 6mm), height (by 14mm) and wheelbase (by 21mm). It won’t be wrong if you call it a mini-me to the Range Rover Velar.

This particular Evoque is the entry-level S variant. It looks quite imposing yet athletic when seen head-on thanks to the slightly upswept LED headlamps with daytime running lamps and a stretched slit in the bumper and on its side.

Moving to the side reveals my favourite angle of the new Evoque. The aggressively dropping roof line to the rear, steeply raked windshield and those flared wheel arches give it a purposeful stance. The 18-inch alloy wheels come as standard and so does attention from onlookers.

The Evoque’s rear end is quite a concoction of an extended roof spoiler, a small windshield (more on that later), expressive LED tail lamps and a multi-slat rear skid plate. In fact, it looks quite similar to the Velar from the rear.

Entering the Evoque is a proper occasion thanks to the popout door handles and that detailed puddle lamp. And we’re happy to report that its cabin is very welcoming too. There’s ample use of grained leather on top of the dashboard and door pads, and piano black trim for the central console and steering wheel switches. Brushed aluminium inserts for the AC vents add some contrast to the cabin as well.

The dashboard layout is neat but it juts out like a wedge, and this is especially felt on the passenger side: while this does give the impression of space, it makes the air con controls a bit of a reach. Save for the rather thick A-pillar, the visibility out front is fine and while the rear visibility has improved a bit it still is not the greatest. But for reversing there’s a 360 degree parking camera that comes to your rescue in tight spots.

Once tucked in, you’ll realise that the Evoque’s seats are slightly on the firmer side though not uncomfortable. In fact, this will limit fatigue on longer journeys. Shoulder room and headroom is ample but taller occupants might struggle for thigh support.

Move rearwards and you’ll find that the coupe-like roofline doesn’t eat into the headroom and can accommodate two six-footers one behind another. The middle seat occupant does get his/her own seatbelt but will feel unwelcome because of the protruding seatback, high transmission tunnel and the resultant scarce foot space.

Storage spaces are available in the split opening central armrest up front, which has an array of USBs and a 12V accessory socket, medium-sized door pockets and seat backs apart from the cooled glovebox. To hold your cups, there’s space in the front central console and the rear folding armrest.

The Evoque’s 591-litre boot is bigger than before and is good to fit in a full-sized and medium-sized bag along with a couple of duffel bags. Its opening is quite wide and the loading lip isn’t too high so packing and unpacking isn’t much of a headache. For added convenience there’s a powered tailgate as well. It doesn’t have keyless entry as standard and that comes as a bit of a surprise for a car of its stature.

The 10-inch touchscreen infotainment unit has a hi-res display, user-friendly interface and good touch response. The grouse? That minor extension below the screen can make usage awkward especially when you’re pressing command icons placed at the bottom of that landscape-oriented screen. Audio duties are taken care of by Land Rover’s in-house 180W 6-speaker system, which is par for the course.

Below the infotainment is a piano black panel that features a mix of rotary dials and tactile-feeling buttons. These can be used to toggle the dual zone climate control, multiple driving modes (yes, that includes a Sport mode as well), traction control and auto start/stop ignition function.

The instrument cluster isn’t a fully digital unit but consists of analogue dials that flank a TFT display. Its thick leather steering wheel is well contoured and features tactile switches for audio, voice command and cruise control. Those in the second row get a dedicated AC vent, adjustable headrests and USB charging ports located behind the front seats.

You also get a sprawling fixed panoramic sunroof, powered headlamp wash, air quality sensor, auto headlamp and rain sensing wipers. It also features eSIM-based connected features and WiFi hotspot. The emergency services call and helpline function will also come in handy if things go south. The Evoque will not only respond to inputs from your smartphone but also your smartwatch, allowing you to lock/unlock, control the air conditioning and check vehicle health, all remotely.

The S variant might not be as rich as the R-Dynamic as it misses out on goodies like the ClearSight interior rearview mirror, 14-way power adjustable driver’s seat and Meridian sound system. However, in no way does it feel lacking in the equipment department when compared to its rivals. In fact it can be considered a significant step-up feature-wise when compared to the entry-level variant of the previous-gen model.

The new Range Rover Evoque features front, side, knee and curtain airbags, driver condition monitor (assesses if the driver is capable of driving), rear parking camera, front and rear parking sensors and rear traffic monitor. There's a lane keep assist as well which kicks in when you engage it through the switch on the binnacle while driving on a properly marked road at over 70kmph.

You can have the new Evoque with a choice of 2.0-litre petrol and diesel engines. What we had with us was the diesel that puts out 180PS and 430Nm of torque. A 9-speed automatic with paddle shifts that sends power to all four wheels is now practically a JLR staple.

Press the start button and the engine is barely audible inside the cabin. The NVH levels are reined in well and only creep in if you’re mashing that throttle. That said, the vibration is a bit pronounced when the engine switches itself on in the auto start/stop mode.

Shift the gear stick into Drive, prod that throttle and it results in a slightly lazy start but it more than makes up for that with swift progress as soon as you cross the 1,700rpm mark. Whether it’s a quick overtake or an easy amble around town, this four-pot diesel is happy to oblige.

The 9-speed gearbox makes for a relaxing affair but if you’re in the mood for hustle, the Evoque will take at least a quarter of a second before shifting to the correct gear. If you want, you can take the reins in your own hands by taking to the paddle shifts and get straight into the power band. Launching it from a standstill for a ton will take you 9.8 seconds, which is respectable but nothing spectacular.

Taking on highway duties and long journeys will be a breeze as it will stick to 100kmph at 1,600rpm in ninth gear, leaving enough scope for quick overtakes while still managing fuel consumption reasonably well. And that reminds us that the tested fuel economy on wide open roads is 14.3 kmpl while in the city confines it drops to 9.47kmpl.

Our test unit was a BS4 variant but if you buy one now then you’ll get a BS6 model only. We’ll be asking Land Rover to lend us a BS6 Evoque as soon as it’s available so expect an update to this story.

In addition to our regular highway and city driving cycles we put the Evoque through some shabbily laid, uneven roads replete with sharp bumps and table top speed breakers. It gobbled up the potholes and rumble strips but sometimes the thuds do filter into the cabin at low speeds, though they never feel unsettling. As you speed up, though, the ride becomes much flatter and more comfortable.

The Evoque has 212mm of ground clearance, a water wading depth of 600mm (100mm higher than before) and Land Rover’s Terrain Response System 2 as standard. But just like any Evoque owner we refrained from putting it through any challenging mud- and rut-laden trail. But it’s good to know that it is equipped sufficiently to hold its own if the need arises.

Body roll is present but not noticeable and that eggs you to take corners with much more confidence. This quality is further aided by the direct steering wheel which weighs up quite well as the speed climbs, but a little more feedback would help.

We’ll be honest, the 2020 Range Rover Evoque doesn’t disappoint when it comes to luxury, performance or even driving dynamics for that matter. Its rear seat space, transmission and low-speed ride may not be the best in class, however, none of these are deal breakers, just quirks you can definitely get used to.

But why should you live with a car’s peculiarities when you’re spending around Rs 54.94 lakh? Because, the Evoque was never about being the perfect offering. In a world driven by hits, likes and social status, the 2020 Evoque certainly underlines the desirability and prestige of the Range Rover badge that many are looking for.