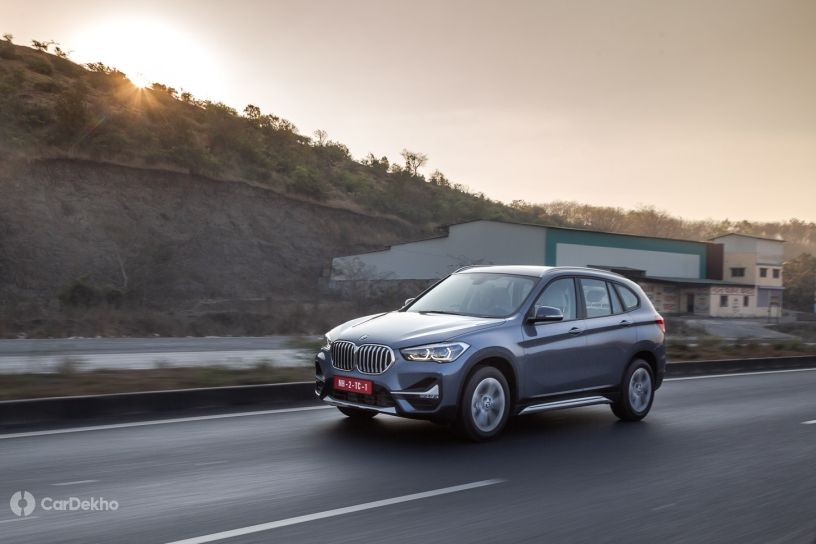 BMW’s X1 has always been a rewarding experience for anyone who spends time in its driver’s seat. The excellent punch on offer, the quick steering, and the sorted dynamics of the chassis meant the driver was always engaged. However, pleasing as it was for the driver, it fell short on offering comfort for the family.

Thankfully, that isn’t the case anymore. While it may not look drastically different from the version it replaces, BMW has made some small but significant improvements.

The second-gen X1 was always a handsome car to look at and keeping that in mind, BMW has decided not to tinker too much with the formula. If you look at the X1 head-on, you’ll be able to notice most of the changes. The LED DRLs look sharper than before, and now bear more of a resemblance to its elder siblings, the X3 and X5. BMW’s kidney grille is still outlined in chrome but it’s now joined in the middle. Take a closer look and you’ll also notice the vertical slats in the grille now feature a brushed aluminium finish. The fog lamps, which were round halogen units before, are now sleek LED lamps. The bumper has also been redesigned to keep things fresh.

Take a walk around the 2020 X1 and you'll also notice the 17-inch alloy wheels sport a new design (18-inch alloys on the top-spec M Sport version) and the tail lamps feature a new L-shaped light signature. BMW was also kind enough to point out the chrome exhaust tips have grown in size.

Inside the cabin, you’ll find it hard to spot the changes. Take a good hard look and you’ll realise the dashboard is leather-wrapped. Only if you were driving around at night, and tinkering with the iDrive system, would you notice the ambient colour lighting options have gone up from two to six. The 8.8-inch touchscreen, which was previously offered in the M Sport variant only, has now made its way to the xLine as well. That’s it.

You will, however, find the X1’s cabin quite premium. Soft plastics are present almost everywhere in the top half of the cabin and it is only in places like the storage compartment on all four doors where you’ll find hard plastics. The general theme inside is that if you don’t go looking for cost-cutting measures, you’ll hardly find any. The one place that is the exception to this rule is the steering wheel. The buttons on it feel a tad tacky to use and lack that tactile feel that we are used to from BMW cars.

The X1 was always under-equipped for its price, but it made up with the smile it put on your face when you decided to hoon around a bit. However, with this facelift, BMW had the chance to make things right. We weren’t really asking for anything fancy but misses like a head-up display, a passive keyless entry system, a powered tailgate, a sun-shade, a 360-degree camera, front parking sensors, and a digital instrument cluster will leave you a bit unsatisfied. Especially since most of these features are available in cars half the price of an X1.

Not to say the X1 doesn’t pamper you. You get a panoramic sunroof, power-adjustable front seats with a memory function for the driver’s seat, cruise control (can you believe that it was not offered previously?), dual-zone climate control, AC vents for the rear passengers, and a tyre pressure monitoring system (you’ll have to hunt in the iDrive controller to activate it).

So, you do get your dose of features but the fact that everything that’s been left out in the X1 is present in cars priced below it does make you feel shortchanged.

The X1’s engines are now BS6 compliant and we had the 2.0-litre diesel with us. It makes 190PS and 400Nm, the same as before, and can only be had with an 8-speed torque converter. Prod that throttle and you’ll find the X1 is still very fast. However, BMW has made the power delivery a little bit more linear, not that we had any problem with it before. The BS6 conversion has also resulted in the engine feeling more refined. If you play music inside the cabin, you will have to strain your ears to listen to the engine. BMW is also offering a 2.0-litre turbo-petrol motor that makes 192PS and 280Nm. It can be had with a 7-speed dual-clutch transmission. We didn’t get a chance to sample this engine.

The 8-speed auto gearbox complements the refinement of the engine quite well. Under normal use, you’ll find it next to impossible to discern between shifts, which are not only smooth but also quick. It’s quite intuitive and at no point in our test did we feel it was hunting for a gear. Play around with the drive modes (Eco, Comfort and Sport) and it is only in Sport that you can feel the gearbox making a shift, but you’ll still find them comfortable.

The drive modes also tweak your throttle response and steering weight. We recommend Eco mode for city use and Comfort for your highway journeys. Sport mode should be best left alone, that is, until you are in the mood for some sporty driving action. It weighs up the steering, which feels quite reassuring at triple-digit speeds, but making a U-turn in Sport mode makes the steering feel a bit heavy. There is no individual mode like before so you can’t choose individual characteristics for the engine, steering, and gearbox. Why BMW, why?

Also, there is no four-wheel-drive system anymore. So all the power goes to the front wheels, which means when you floor it from standstill, you experience torque steer. However, it doesn’t feel unsafe in any way and actually adds to the drama of driving the X1. Even in the corners, being generous with the throttle only results in a good serving of tyre squeal and hardly any understeer.

If you have driven or been driven around in an X1 before, the first thing you will experience is an improvement in the ride quality. Before, you had to be really careful going over broken surfaces, but that is not the case anymore. Sure, you’ll hear that thud when going over a big pothole but you’ll hardly feel it inside the cabin. You’ll glide over small bumps now because the X1 not only damps them really well but the suspension also hardly makes any noise while doing so.

There is no discernible difference in the X1’s handling when going around a corner. It will feel like the same old car that used to be quite composed when you showed it a corner and lane changes on the highway at triple-digit speeds were handled nonchalantly.

There are six airbags ready to deploy during a crash with three point-seatbelts all around to hold you in place. To prevent that crash, BMW offers the X1 with a bunch of acronyms such as ABS, ASC, DTC, CBC, EDLC, and DBC. You also get a Dry Braking Function, Fading Compensation, Start-Off Assistant, Tyre Defect Indicator, and Performance Control.

BMW’s X1 might not have changed enough on the outside for you to distinguish it from the outgoing model in one glance, but the changes lie where they matter. Under its skin. The engine feels more refined and the ride quality is a lot better than before. Yes, the power now goes to the front wheels and there’s some torque steer to contend with, so it’s not really a negative. The torque steer never feels unsafe and actually makes driving the X1 that much more dramatic.

BMW could have given you more bragging rights with this facelift by making the feature list meatier. Instead, it chose to focus on making the X1 a better package for the family without corroding its core fun-to-drive nature. Overall, despite losing xDrive and driving the front wheels, the X1 is still the enthusiast’s pick in the segment and now, your family will also be enthusiastic to be driven around in it.

this is my new testing commrny

this is my new testing commrny