Jaguar XE: 5 Things You Need to Know About the India-bound Sports Saloon

With the fast approaching launch of this sports saloon, we have lined up the 5 “G’s” that one must verse themselves with regarding the Jaguar XE 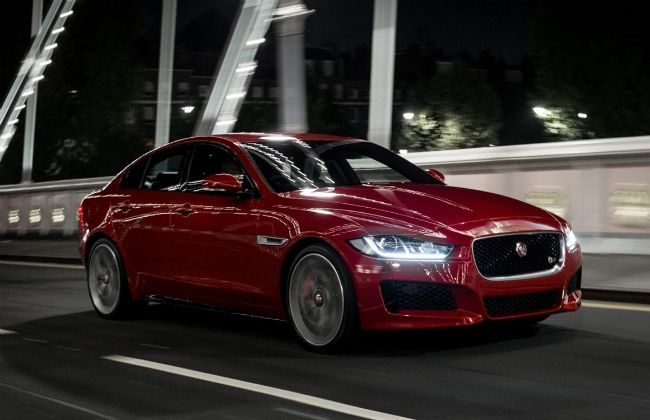 It has been confirmed that Jaguar’s upcoming offering, the XE sedan will be launched in India only a couple of days before the commencement of the 2016 Indian Auto Expo. Booking of the sports sedan are already open and we have listed down five things that one needs to know before they contemplate purchasing this feline ferocity. Let’s find them out:

We had to kick off our list by mentioning the beautifully crafted powerplants. XE will incorporate a range of light aluminum units, which will include 2 four-cylinder petrol mills. The company might offer diesel variant at later stages of the car's life cycle.

Now, let’s talk about the power. The car will be available in 2 variants, which will include a standard four-cylinder 200PS with 320Nm model and a turbocharged petrol model capable of producing 240PS with 340Nm.

To put things in perspective, one must understand that XE will compete with the likes of BMW 3-series and Audi A4, which produce around 184bhp and 174bhp, respectively, which now seem substantially inferior in comparison to what the Brits are offering.

Not only will these mills help the car achieve a 0-100 km/h acceleration time of 5.1 seconds, courtesy of the lightning fast eight-speed automatic transmission but  will also make this the most fuel economical car ever produced by the British luxury automaker.

One of the most zaniest features that XE will come pre-loaded with, will probably be the heads-up display technology. The system will make use of a cluster of lasers that will project vital performance stats like navigation instructions and speed onto the windscreen. This system is also expected to be the best in existence right now.

Jaguar’s compact sedan will be the luxury automaker’s most affordable offering. The car will be placed right under the XF sedan and will be the final piece in Jaguar’s India portfolio, for now. What will make this car even more of a steal will be the incorporation of Jaguar’s modular vehicle architecture, which will result in XE being the only car in its segment to feature a aluminium-intensive monocoque chassis. Speaking of the lack of greed, it must also be noted that the aluminum used in the construction of the chassis is recycled. Adding to the fuel-efficiency, the recycled materials incorporation makes XE one of the most environmentally friendly car on the planet.

The light aluminium monocoque chassis goes hand-in-hand with Jaguar’s All Surface Progress Control (ASPC) and bestows XE with immaculate poise, which is worthy of its feline moniker. XE will be Jaguar’s first car to incorporate the ASPC technology, which ensures that the car doesn’t slide out of control, even in the most slippery conditions. This is achieved by simultaneously controlling the braking and regulating speed of the car.

Jaguar’s latest entertainment technology, the InControl infotainment system will make its way inside the XE’s cabin. This new infotainment system allows the occupants to use voice commands to carry out various operations. The system also facilitates easy updation of maps sourced from the SD card-based navigation. Display duties are undertaken by an 8-inch screen that sits right in the middle of the dashboard and offers the convenience of Bluetooth connectivity.