CLA-Class: Is it still a true premium Mercedes-Benz?

Developing markets are very tricky to understand. And when it comes to buying a car, which is an important purchase, it becomes all the more difficult for a manufacturer to cater to several hundred thousand wishes and aspirations. 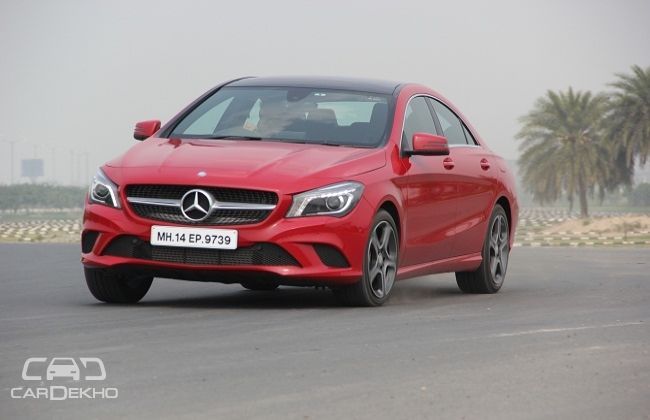 A growing population which is constantly connected to the internet becomes all the more uncertain to please, combined with the ever increasing environmental war on the motor car. This has resulted in radical car design and development changes. SUVs have started becoming compact and hatchbacks look like they’re getting extensive Botox treatment.

Learning plays a major part in understanding markets. India is, or rather used to be, a land of Maruti Suzuki hatchbacks, Honda saloons and Tata SUVs. And then was the crowning jewel of the rich, Mercedes-Benz luxury saloons. The onset of liberalisation changed everything. Maruti reigned in saloons and Honda started selling MPVs, everything went topsy-turvy.

After sitting on top for years, Mercedes-Benz faced stiff competition from the rest of Germany, England and Japan in the race of luxury saloons. This won’t do. Mercedes-Benz explored new possibilities, learned from the rest of the competition and yet again threw in their own gauntlet with the CLA-Class. But what worries me, and every other aficionado is, that has the three-pointed star lost its charm or the CLA-Class is a revelation in affordable luxury.

In every quantifiable way, this new baby Mercedes looks beautiful, smooth and very slippery indeed. Mercedes claims the CLA has one of the lowest drag coefficients on any production car. The front comes carried from the gorgeous A-Class with a diamond radiator grille, but the pins are glossy black on the CLA than shiny chrome.

Essentially an A-Class with a boot, the proportions look good from all angles except the rear overhang which is oddly shaped bang-on from the side. The CLS inspired roofline does look good, but goes a bit ungainly from the rear. The sharp edgy front looks even better with the slight muscular lines on the bonnet, and those slick eyelids DRLs look absolutely fantastic.

Mercedes-Benz has not spared any quality quotients here, the panels fit perfectly, lights are a collection of upmarket bi-xenon and LEDs around and the huge black sunroof looks classy. Alloy wheels choice of 16-inch is cool, however the 17 inchers are even nicer, no corners cut there.

The taillights too look carried over from the beautiful CLS, and to my surprise look better on the CLA. In fact you will have a hard time faulting the CLAs exterior for sure. Though I still found an ugly sore, the rear view mirrors look very old on such a new car. They would have looked better if were sleeker and more sculpted like the rest of the car.

This is where Mercedes-Benz really wins your heart, the interior on a Benz just seems so right when it comes to luxury. The leather, brushed aluminium, ambient lighting, in fact every component is fitted perfectly where it belongs. The interior on the CLA though takes a simplistic and sober outlook.

Features and creature comforts are in plenty and that huge sunroof adds to the interesting quotient. The steering wheel is brilliant to hold with the correct size and lovely leather.

I love the stalk drive mode selector, as it is extremely easy and convenient. Flick it down for forwards, upwards for reverse and press the button on it for parking, really very very simple. And the extremely flawless Harman Kardon surround system deserves a special mention. The system offers gorgeous Dolby Digital 5.1 sound with 12 speakers.

Seats are comfortable at the front and are electrically adjustable with memory, but lack some support when you thrash around corners. And the rear cabin is cramped and boring. The rear seats are not comfortable and have a very flat back, which is not acceptable from a Mercedes-Benz. Overall interior may not be able to excite you, but do not doubt the quality.

All the buttons fit perfectly, but lack that classy feel found on the other cars from the brand. The floating screen on the dashboard feels very out of place, rather looks like an after-thought. And the resolution quality suffers as well. The command centre does very less to the car settings except fiddling around setting timings on the lights.

Yes Mercedes-Benz aficionados will not approve of the cabin, but the new generation of buyers won’t mind the slight less premium appeal when considering the price of the CLA. Also the boot which a ridiculous loading lip and a space saver graces the centre with authority.

The petrol version is even better displacing 1,991cc in 4-cylinders and producing 181bhp of maximum power at 5,500rpm and similar peak turning force of 300Nm between 1,200 to 4,000rpm. My focus here is on the diesel as that is more likely to sell more numbers. The CDI takes nearly 10seconds to touch 100kmph from a standstill and reaches 220kmph. The hot petrol touches the tonne in 2 seconds less with a higher top speed.

The diesel unit has loads of torque at lower engine speeds and coupled with the 7G-DCT gearbox feels quicker when hammered, but the speeds are not that sensational. The four pot tires easily. And because it is front wheel drive, the other issue is under-steer through corners that also spoils the fun factor. Yes this is what scared me most, and turned out to be true. And then is the engine noise, it feels fine when it is pushed hard, but sounds unrefined when been driven at normal speeds. Mercedes-Benz says best or nothing, and this is not the best. Enough of the grumbling, not everybody drives with their pants on fire and the CLA suits everyday driving very well indeed.

The torquey engine and smooth shifting gearbox makes it a comfortable cruiser during the day. This car will very bravely return you 14kmpl if you drive gently and carefully, which makes it a better selling proposition.

Mercedes-Benz learned the right stuff. The CLA fills in a gap to push the C-Class a step higher in the price segment, which is does excellently. The sales will definitely go upwards, and are also supported by the expanding touch-points of the three-pointed star across the country. In a way the CLA is a winner again.

But trust me the aficionados will still put their finger on the smaller A-Class as the better Mercedes-Benz, not the better product. Mercedes-Benz used to make products that every other manufacturer’s engineering department praised. They were a peek into the future of the motoring industry, not at all cars to fill gaps in the market.