5 Cars Re-Entering India -- Will Their Second Innings Be Successful?

They were present in the Indian market before and most of them failed to excite buyers despite being very competent products. Now these cars are re-entering the market. How will they fare this time around? Read on to know more…

The Indian auto industry is growing year by year -- with premium and luxury segments witnessing rampant growth. The buyers nowadays are more aware and they want certain creature comforts as well as mechanical features, forcing automakers to put their best foot forward. Over the years, several vehicles have been discontinued, courtesy such shrunken segments or lack of a diesel counterpart among others. But now these discontinued models are making their way over, yet again. Here are the five nameplates which are re-entering India with their latest generations, powertrains and features. 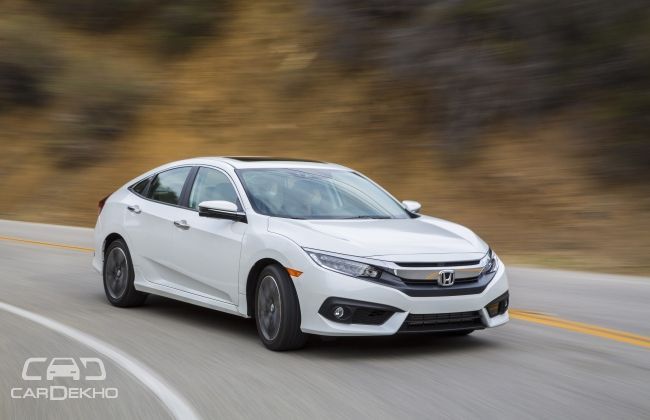 Let us begin with the most iconic car of the lot — the Honda Civic. Honda India launched the Civic in 2006. It used to sit between the City and the Accord and was discontinued in 2012. This eighth generation model was admired by a lot of enthusiasts and was a runaway success for the Japanese automaker. But over time, the arrival of newer rivals and lack of a diesel counterpart contributed in decreasing sales. On a brighter side, hopefully, Honda will launch the latest 10th generation Civic, which was recently spied, in 2017.

Honda showcased the ninth generation Accord at the 2016 Auto Expo and it is scheduled to enter the market this year. Just like the Civic, due to low demand, the manufacturer discontinued the eighth-generation model from India, which had been a popular product in its segment since its inception in 2001. Moreover, the Accord’s demand also fell due to a potent diesel rival in the segment —  the Skoda Superb. Now, we will get the facelifted ninth-generation version.

Presently, this segment is shifting toward hybrid and one such successful example is the Toyota Camry Hybrid. Toyota is very happy with the Camry Hybrid's sales in the country, as almost 90 per cent of the Camry’s sales come from this green variant. Also, the nameplate has survived till now without any diesel offering. Honda will also launch a Hybrid version of the Accord and is expecting a similar success story.

Nissan showcased the third-generation X-Trail at the 2016 Indian Auto Expo and it will be hitting the market this year. The new X-Trail will be the country’s first hybrid SUV and unlike the previous generations, it will not have a diesel avatar. The hybrid powertrain will be fuel efficient.

Nissan entered India with the first generation X-Trail and the Teana. The latter was also introduced in its second generation here. However, the SUV never really kicked-off despite being a very potent performer with four-wheel drive setup. A couple of factors also played their hand in the car’s failure -- such as Nissan being a relatively newer brand at that time with limited dealerships.

Hyundai is one brand in India which doesn’t hesitate from entering a new segment. In fact, the Korean carmaker was itself surprised by the i20 premium hatchback's success when it was first introduced. In 2005, Hyundai introduced the Tucson crossover-SUV in the same space and price band which was made popular by the Mahindra XUV500.

When the automaker launched the Tucson, the buyers were not much acquainted with this segment and the Honda CR-V was its sole competitor. The CR-V comes only in a petrol avatar,  has always been a niche product in the market. The Hyundai was available with a powerful diesel and an all-wheel-drive setup. It had caught consumers’ attention initially, but soon demand dropped and the car was discontinued in 2010.

Hyundai skipped the second generation Tucson from India and is now coming up with the third generation version. The third-gen SUV made its debut at the 2016 Indian Auto Expo and will be launched in the coming months. It is loaded to the brim when it comes features and is coming with a powerful 2.0-litre CRDi diesel engine.

Hyundai Tucson: What We Know So Far!

Indian customers never grew accustomed to the concept of buying an expensive Maruti Suzuki. The company had offered the Kizashi in the market and the Grand Vitara, and both never really enticed buyers. The products had enough potential, but sadly enough, found fewer buyers despite having the largest service and retail outlets in the country. The Grand Vitara is coming back and will compete with the likes of the Hyundai Creta, the Mahindra XUV500 and others.

Since the company has changed its approach of selling premium cars through its separate Nexa dealerships, the car might work this time around. The new diesel and turbocharged petrol powered Grand Vitara with Suzuki’s AllGrip and clever packaging has the potential to uplift the ‘Vitara’ nameplate.

All in all, the scenario of the segments in which these vehicles will eventually fall has changed significantly since their discontinuation. Only time will tell how will these cars fare in their respective segments, but they all look competent and promising.