When my wife was expecting our first kid I decided to upgrade my Maruti Esteem with a better car. I had driven the swift diesel and knew it was a peppy drive. So when the Dzire was launched, I booked it without a test drive. After booking a day before delivery I test drove the same vehicle that I was getting the next day. Well that was eight years ago, and now with 1,53,000 kms done the vehicle is still going strong. Working in the real estate industry and go to the some good roads and some bad roads. Pros - - The ride is really nice even on bad roads - The rear seat is very luxurious (I used to be chauffeured for a year) - Boot space is extremely spacious. I have done many long trips in this vehicle. - Mileage. Lowest ever was 13 kmpl, highest was 27kmpl. - Maintenance. There can't be anything cheaper than a Maruti Or maybe a bicycle. - Reliability and repeatability is very good. more on that below. - The total cost of ownership is very low.   Cons - not any that I can think of. Some experiences I've had with this car. Once I was driving from Bangalore to Mysore and suddenly the vehicle gave me trouble. The gear just did not shift into the fifth gear. So I call my service Centre in Bangalore and they asked me to drive below 2000 rpm on 4th gear till Mysore. This was a Sunday and most "garages" are closed. But Mandovi Motors in Mysore took my vehicle in and repaired vehicle for me. So they had to open the gear box and replace a small 1.5 cm diameter clip (almost looks like a washer ) and then fix this all up. Total time taken was 45 mins. Since I requested it was an emergency, they did the repair on priority. Total Cost - Rs. 397/- Another nice experience I had. I was in a outskirts of Bangalore looking at some land. There was a Two wheel drive Scorpio as well. There had been heavy rains the previous day and the mud road was quite slushy. In order to reach the land we had to cross this kilometer and a half length of bad road. The Scorpio was behind me. I drove straight through it in second gear without any problems. a stone hit my cars under bellly and dented the front mud guard, but no harm was done. We were four people in the car. Behind us, this balck Scorpio with the owner and his friend followed us confidently. Not that I am bragging or trying to make Mahindra vehicles look bad, but we spent the next 45 mins trying to remove the Scorpio from the Muck. Last experience I'd like to share to showcase the ease of servicing. Once I was driving from Pondicherry to Chennai. My vehicle was not smooth and the clutch is a little troublesome. Finally, I reached my cousin's place and he called the local service station. They picked it up at night 7 pm and said they will deliver the next day. So In an unknown city, I got the same service levels that I would get from my regular service center.     Needless to say I dont know what to replace this vehicle with. Maybe I'll use it till they ban 15 year old vehicle in Bangalore.!!!! 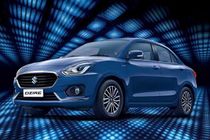