I own Marina Blue Elantra AT SX(O) BSIV petrol from the house of Hyundai since Nov 2017. Its little more than a year now and drove over 25k km. This is my 5th car after WagonR, Swift, Brio, and Scorpio. This machine does its best when you take it to the highways. My longest drive was from Hyderabad to J&K, it as a 14 days trip through all sorts of terrain like express highways to NH to state Highways to kaccha road to no roads (literally). This machine never disappointed me with its AT with very minimal lag in normal and sports mode. Its front ventilated seats were handy especially during afternoon drives and back seat gave the comfort of the couch. Its 1999cc engine was handy in the Ex highways and NHs. It has a good presence and gave a good road view from the driver's seat. Due to seat height adjustment and gave me almost 17km/L in highway and 13km/L on ghat roads. I never faced ground clearance issue even with big boulders on the road between Jammu and Srinagar (regulars will know the terrain). The cars belly is also protected with strong armor-like plates over critical parts. You need to be careful in such roads and need to drive responsibly, definitely, it doesn't have SUV like clearance but good enough on most of the terrains. We were 4 adults carrying full pack boot still the pickup was never an issue, most of the time i drove in the normal mode, i mean not in eco mode or sports, still, i got good mileage. I could not drive from Srinagar to Leh which was my dream, due to sudden snowfall and road got closed, so we had to return from Srinagar. The map i got it updated before starting so was accurate in all major cities en-route and NH's. I also used auto android whenever i got confused due to newly laid roads. I had communicated to my service center person that i am going on a long trip so might call at odd hours, so he must pick the call, but luckily i never had to call him even once. The tires are so good that never got punctured also i maintained right air pressure. I must tell you one thing that this is a car of European standards with very good built quality. The high cost is only due to the fact that this car is completely imported including tires. Due to the backing of Hyundai service and parts, its worth buying this premium sedan. Overall a great car to own. 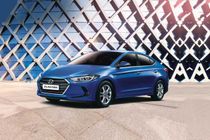