Before I owned a car and the new Jazz was launched, my view of Honda Jazz was, an overpriced, ugly looking car which seemed like a failure. The question I could not find an answer to - "why would someone own such a car, when he/she can get a good looking Sedan/CSUV at a little higher price". May be I was little naive or may be I was right. New Jazz was launched and I end-up buying that. So, I can say I was little naive in terms of specs earlier and considered look and cost as the only factors. But, with more information and more knowledge about cars, I could understand the values. During purchase, I considered the following reasons - Look is not the best, but OK. - B'ful dashboard, similar to Honda City, bringing in class. Feels like trunk-less Honda-city - Good leg-space, little higher ground clearance, magic seats, spacious, good head-room, more bottle holders etc. - Honda Engine - Girl Friend liked it :) Was I excited after purchase? I would say not excited, but was satisfied. Coming to the last part, I have been driving this car since more than a year and feel comfortable. It was not the best I expected, but I am not dissatisfied. Pros:- Mentioned above. Few additions - good-handling and braking - even at a speed of 165/170, does not vibrate and does not go out of control - 18.9 kmpl claimed and I sometime get 19-20 kmpl on Jaipur-Delhi highway driving at 80-90 kmph with 3 TOLL. Cons: - Feels like a family car. For old-age people or may be Women. (not being sexist). I mean, does not give a Macho personality. - 1200 cc and we have to compromise on the power, specially on Petrol variants. - Magic seats are only in top-model and are given as a special feature, whereas many other cars have this by default. - Did not find the wipers as good. 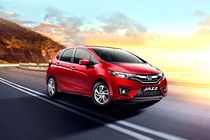