This is the biggest mistake of my life that I have purchased this dead dragon so called prestigious Audi Q5 which has been a nightmare since my purchase.Something went wrong in my car when I was travelling at night on the way and my car stopped, somehow I got it towed to the agency ( Sterling Vehicle & Gen. Sales, Noida ) where service advisor suggested the replacement of Fuel EGR, which has already been replaced by the same agency few months back and within this short interval of time again the same problem encountered and I have been asked to repeat the same procedure again. The reason behind the occurrence of problem in the above mentioned part as described by service adviser is fuel adulteration, which is impossible as we own our personal fuel station. 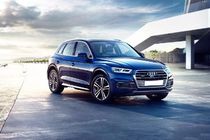