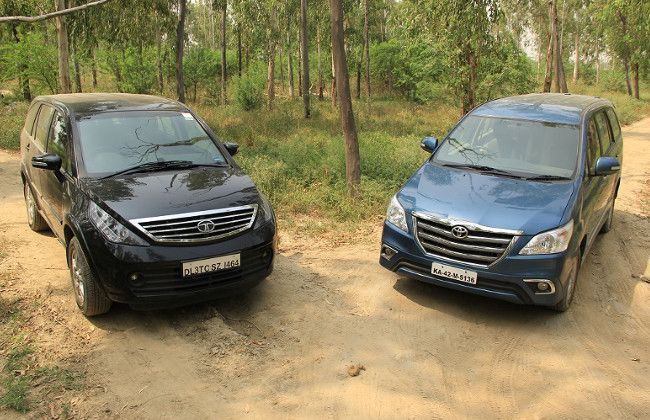 Recently given their respective upgrades, Tata's Aria and Toyota's Innova have a lot to gain or lose in this ever so competitive MUV segment. We therefore take a dig at the Toyota Innova which has been in fact the best seller in its segment with Tata Aria to predict which one works the best for you 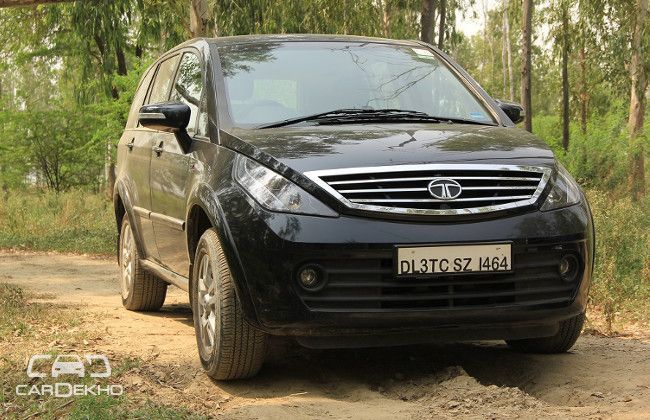 We had reviewed the Tata Aria 4x4 some time back and at that time we had liked the SUV + Crossover + MPV + Sedan thinghy that Tata Motors had got on to the Aria and the vehicle did really well in our test review. Tata Aria is in for a big comeback and this time out goes the 4 wheel drive Adaptra sys

We drive the new SUV/MPV from Tata to see if it really can kill the Toyota Innova. According to some rumors the new Tata Aria received some final touches and re-engineering at Jaguar, a rumor that Tata Motors cleanly refuses to accept. The reason for this rumor to start in the first place is the sup