While the T-Roc’s size pits it against models like the Hyundai Creta and Kia Seltos, its pricing is that of a segment above. So should you go for the compact premium SUV from Volkswagen? 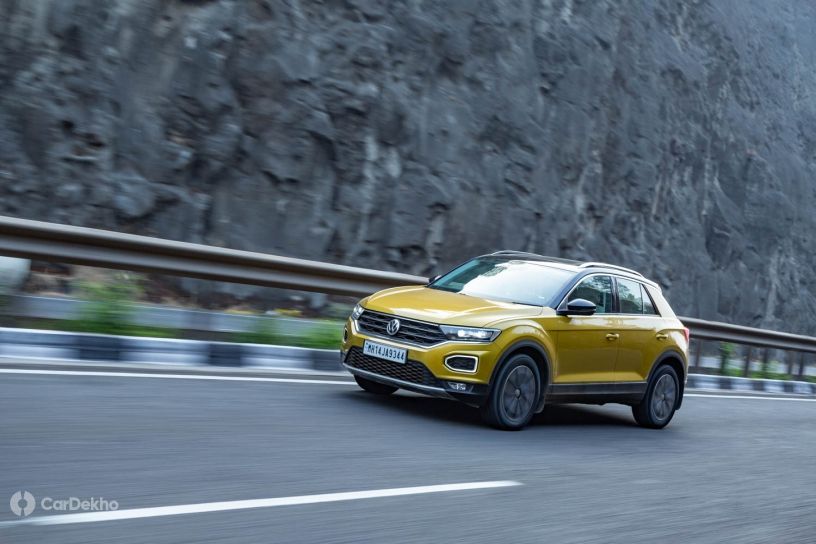 Volkswagen’s India portfolio has consisted of SUVs like the mid-size Tiguan and the flagship Touareg. With the demand for compact SUVs picking up in recent years, the carmaker brought the T-Roc via the CBU (completely built unit) route. It comes in a single fully-loaded variant priced at Rs 19.99 lakh (introductory, ex-showroom).

The 1,000 units that were allocated to buyers may have sold out already, but Volkswagen says more units would go on sale by April 2021. So, does the T-Roc justify its premium price tag, or should you go for any other similarly priced SUV? Read on to find out:

While the recent trend has been to provide big front grilles on an SUV, Volkswagen has opted for the more conventional approach. The T-Roc gets a two-slat grille with a chrome strip running from one headlamp unit to the other. It is flanked by twin-pod LED headlamps, with the LED DRLs (that surround the faux air inlets and double up as turn indicators) and fog lamps tucked beside the honeycomb-pattern-like air dam in the front bumper.

The crossover design is unmistakable, thanks to its shorter height and a length of 4,234mm. Volkswagen has provided the T-Roc with 17-inch dual-tone alloys that fit well in the wheel arches. There’s a chrome strip starting at the A-pillar, following the roofline all the way to the C-pillar, lending a premium feel to the SUV. We think the car is best viewed from a side-on angle, considering that highlights the SUV’s dual-tone shade.

At the back, you have a raked roofline with typical Volkswagen-style LED tail lamp units. There’s the VW logo and a ‘T-Roc’ inscription at the centre of the tailgate. The SUV gets rear fog lamps and faux air dams (with chrome surrounds) placed in the rear bumper.

The carmaker has gone for a black cladding along the body to give the T-Roc a burly appearance. Overall, there’s that delicate balance of style and sensibility; while it looks every bit the modern-day SUV, the T-Roc doesn’t go over-the-top with its design.

If you have known the VW Tiguan or its seven-seater version from close quarters, you’d be able to spot the T-Roc’s in-cabin similarities. It gets an all-black layout with some grey highlights on the dashboard and the centre console. Volkswagen has resorted to a generous use of hard plastics all over (except for the padding on door armrests), and this does rob the cabin of its premiumness. However, the T-Roc is not a let-down in terms of build quality and is as good as any other Volkswagen model.

The T-Roc’s upholstery gets a three-tone finish, which fortunately freshens things up in the somewhat-bland cabin. Its front seats are comfortable, and the driver’s seat offers a nice wide front-view. You can adjust the height of the driver’s seat, albeit manually. At this price point, Volkswagen should have provided the SUV with powered seats (at least for the driver) and seat ventilation.

At the back, the T-Roc’s headrests are positioned well and should allow decent neck-support during longer journeys. Two regular-sized adults will find the rear seats comfortable and get features such as an adjustable cup holder in the armrest, a 12V charging socket, and AC vents. While Volkswagen has scooped out the roof for more headroom at the back, taller passengers may feel a little cramped for space.

The T-Roc gets 445 litres of boot space. Its loading lip is flat, wide, and can swallow two large suitcases comfortably. You can increase the space by folding down the rear seats in the 60:40 ratio. The carmaker has ditched the powered tailgate for the T-Roc.

Volkswagen has loaded the SUV with modern features, including a 10.25-inch digital instrument cluster, dual-zone climate control, a panoramic sunroof, and a 6-speaker sound system. However, there’s no cruise control or wireless charger, which should’ve been provided really, considering the SUV’s pricing.

The T-Roc is equipped with an 8-inch touchscreen unit (slightly tilted towards the driver) that features both Android Auto and Apple CarPlay-connectivity. The UI is neat, and there’s a premium feel to the touchscreen system.

The T-Roc, being a CBU, gets features such as lane-keep assist and front-collision alert as part of its safety kit. Also upping the safety quotient are six airbags, front and rear parking sensors, and tyre pressure monitoring.

The compact premium SUV is a petrol-only offering. It gets the Skoda-Volkswagen Group’s 1.5-litre, four-cylinder TSI EVO engine mated to a 7-speed DSG. The motor puts out 150PS and 250Nm, and gets a front-wheel-drivetrain.

We must admit to it being one of the best refined turbo-petrol engines we have driven in a long time. It is smooth, both in the city and on the highway, and even comes with paddle shifters for those who like things in their control. The SUV is quite an all-rounder of sorts, delivering performance and efficiency as and when the need arises. As per our fuel-efficiency tests, the T-Roc delivered 14.14kmpl and 19.48kmpl in the city and on the highway, respectively.

Volkswagen has also equipped the T-Roc with Active Cylinder Technology (ACT), which deactivates two of the four cylinders (depending on your driving pattern) to cut down on fuel consumption. You can tell if it’s working by the ‘ECO’ light flashing in the top-half of the MID. The beauty of this system is that it’s so smooth that we never felt it kicking in over three days of us driving.

The T-Roc gets two drive modes: Drive and Sport. The former is good for daily city commutes, with gearshifts being almost unrecognisable. When you put the Sport mode on, the SUV becomes more responsive with the engine revving up all the way to the redline. In our tests, the T-Roc, in the Sport mode, could make the 0-100kmph sprint in just 9.86 seconds.

The T-Roc is an impressive drive. Its suspension setup is tuned perfectly to soak in all the rough patches and uneven surfaces, cutting out the noise and vibrations.

The light-weight steering wheel induces confidence, while also making it easy to manoeuvre the SUV around cramped-up corners and tight spots. At lower speeds, though, the suspension feels a little stiff. You may feel some vibrations, especially over speed breakers or uneven roads.

Volkswagen’s T-Roc feels at home when driven on the highway. The SUV takes in all the bumps and undulations with ease, thanks to its stiff chassis and suspension. It stays comfortable even along the corners, holding its line well without too much body-roll.

So, is Volkswagen T-Roc the right compact SUV for you? Well, the answer is straightforward. If you want a car that delivers on premiumness, engine-refinement, and is a joy to drive at the same time, the T-Roc does fit the bill. However, if you seek a compact SUV equipped with more features, offers better space and comfort, and costs less than the T-Roc, you could go for other closely priced alternatives like the Hyundai Creta or the Kia Seltos.

For those planning to buy the T-Roc, we suggest you contact the nearest Volkswagen dealer. While it’s a CBU that’s covered by a robust warranty-and-service package, you should probe into the availability and costs of spare parts.