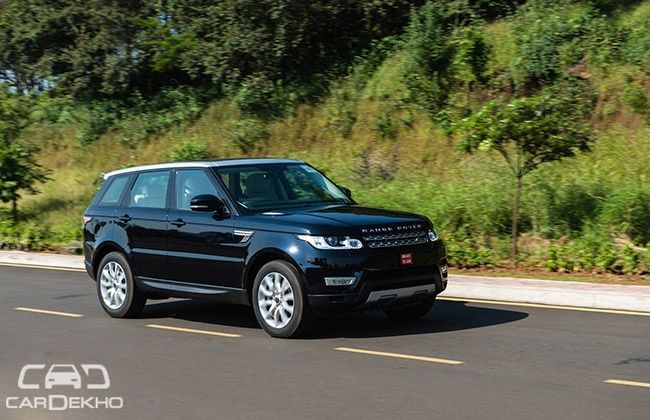 The Tata management turned the tables around for Jaguar Land Rover in the last five years. The company hasn’t just introduced several refreshes, but the major focus has been at introducing new products to diversify its current portfolio. When the takeover happened, Land Rover was profitable and the Range Rover Sport the most selling product. To continue with the same dominance of the Range Rover Sport, the new generation had to be more appealing than the current one. We get our hands on the Range Rover Sport and share our opinion about this new SUV.

The seats are hard making it good for long journeys, and the space offered on the rear seat is decent and better than the previous generation as it sits on a longer wheelbase. The boot is humongous and more sufficient for just baggage of four. The Sport doesn’t split tailgate like the Range Rover and the Discovery, but it is electrically operated.  The centre arm rest also offers a small cooling box for your water and drinks as an optional fitment. There is also the option of adding two extra seats on the Range Rover Sport making it a seven-seater.

The Range Rover Sport is available with two engine options: one is the 3.0-litre V6 diesel and the other is the 5.0-litre supercharged V8 petrol. In other markets there is also the 3.0-litre supercharged V6 petrol engine as well. As, the Sport is about 420kgs lighter than the previous generation, the performance from the same 3.0-litre diesel is much better thanks to better power to weight ratio. With this reduction in weight, the company is also planning to introduce the 2.2-litre four-cylinder engine on the Sport at a later stage.

The Range Rover Sport 3.0-litre V6 has the torque vectoring system as an optional fitment. Also, the Terrain Response 2 is also an optional fitment. The standard fitment is Terrain Response 1, which doesn’t get low-ratio. The 3.0-litre engine has sufficient power and torque to drive in the city and the highway. The new eight-speed ZF transmission makes the torque spread more even and also reduces the carbon footprint of the SUV. The Range Rover Sport’s transmission is a single clutch and there is some amount of lack, if you are looking for lightning quick shifts.

The 5.0-litre that we had driven in Gaydon is definitely a lot quicker than the diesel variants. The torque vectoring system makes the handling just like a sports car and the outright performance is staggering. The power produced by this petrol engine will push you back into the seat and create a bellow in your chest.

The driving dynamics of the Range Rover Sport is much different from the Range Rover. It has even better road manners and it drives like a car. It has a stiffer suspension set-up and even the steering is bit heavier and responsive. The body roll is fairly limited on the 3.0-litre V6, but the petrol version is a lot better as it comes equipped with torque vectoring system. It can be driven on a track, at the same time it is a capable off-roader. We tried some amount of off-roading with the 3.0-litre V6 and there was no chance of getting disappointed.

The ride of the Range Rover Sport is a bit on the stiffer side, but still the suspension does a good job of giving a pliant ride. This has been done for better handling characteristics.

The Range Rover Sport pricing starts at Rs 1.09 crore and it has all the bells and whistles and brilliant hardware too. The aluminium chassis ensures light-weight and better performance on and even off the road. The Range Rover Sport doesn’t just have good road manners, but is the most adventurous amongst competition even when it comes to dirtying its boots. We recommend the Range Rover Sport to all those looking for performance and off-roading capability. The higher cost due to it being a CBU, might just be the only downside.