We might know Rio from the famous Angry Birds or the animated movie, but there is also another compact SUV Rio from Premier that has taken flight to disrupt the blocks of the premium hatchback segment— just like the Angry Birds game. 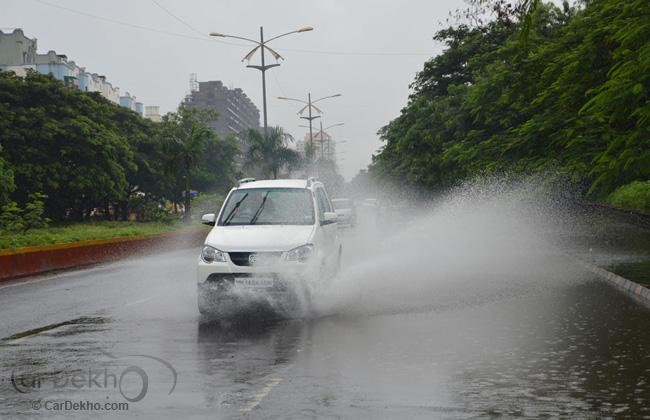 The B+ hatchback segment is one of the fastest growing segments and is also the section that most of the automotive manufacturers either have or will introduce their products in the near future. Premier likes to dream and differ from the rest, as it introduces a compact SUV in this ever-increasing competition to get its own chunk by creating a new segment.

Premier as an auto brand doesn’t require any introduction. It is one of the oldest automotive manufacturers in the country— erroneously famous as Fiat as it sold the Fiat 1100 under the moniker of Premier Padmini for decades.

The same company had lately introduced the Rio— a new compact SUV— commencing a new segment and another Indian innings. Recently the company revamped the Rio to make it look more upmarket and also introduced the Fiat multijet engine option. We find out how good is this version.

Premier has revamped the existing design of the Rio. The new front grille and the headlamp design make the Rio look more urbane. The centre horizontal chrome slat has gone and now it gets the black honeycomb grille, with Premier’s P-badge embossed at the centre. The redesigned headlamps and the hood make the styling more supplemented.

With the new alloy wheels, body coloured mirrors and door handles the Rio looks more polished than before. Even the new cover for the wheel contributes to the styling of the Rio. The compact SUV now feels more upmarket and plush.

Premier has completely changed the styling of the interior. Out go the blue and grey interior trim, in come the black and brushed aluminium panels. The dashboard now feels more premium and even the plastic quality is a notch better. Even the feel of the plastics is decent.

There are plenty of bells and whistles on the Rio; it gets an integrated music system with Auxiliary and USB connectivity, front power windows, ABS, alloy wheels and electrically adjustable ORVMs. Seats of the Rio are comfortable, though they aren’t very large and the thigh support is decent.

There is no issue for head room or knee room. Even the boot of the Rio can gobble 454 litres of luggage in its boot. For convenience, there is also a lamp in the boot better visibility in the dark when you open the tailgate.

The Rio was introduced with the TUD5 derived engine in 2009 and at the start of this year, Premier had introduced the 1.2-litre petrol engine. As the 1.5-litre diesel isn’t BSIV compliant, the company has now plonked in a 1.3-litre multijet engine from Fiat— which is one of the most widely used diesel engine in India. This is the third engine option on the Rio, and now it can be sold even in the Indian metro cities.

The noise vibration and harshness (NVH) levels of this engine are moderate, and some clattering does exist when you crank during cold starts. This does settle down once the engine warms up a bit. Also there is a prominent turbo lag before 1800 rpm, after which there is sufficient power to overtake. Due to this lag, one just needs to downshift to make overtaking manoeuvres. Hence, the problem of lesser power is now solved in the Rio. And this is much more drivable than the other powertrains.

The 1.3-litre multijet comes mated to a 5-speed manual transmission. This transmission is similar to that on the Fiats. But the shifts are notchy and the throws are a bit too long. Apart from this, we have no complaints with the entire powertrain.

The ride of the Rio is fairly plaint. The suspension soaks up most of the jolts as it irons out the shocks on rough and uneven surfaces. Even when driving at higher speeds, the vehicle doesn’t jitter and the occupants do not feel unsettled.

The handling of the Rio is just fine, and the long travel of the suspension causes body roll. The light steering wheel makes driving in bumper-to-bumper city traffic easy, but it also feels numb. It doesn’t weigh as speed increases, which reduces the confidence of the driver while driving quickly around bends.

At Rs 7lakh (ex-showroom, Mumbai), the Premier Rio is a decent product and also a good replacement for the hatchbacks. Not only do you sit higher but also get sufficient brownies in the compact SUV.

At the moment, only Renault Duster is the only other compact SUV in this segment, but the pricing difference is a lot. So, the Rio is the cheapest compact SUV at the moment. Now, with the multjet diesel engine, the problem of power is also solved..