What's so special about the Honda City? 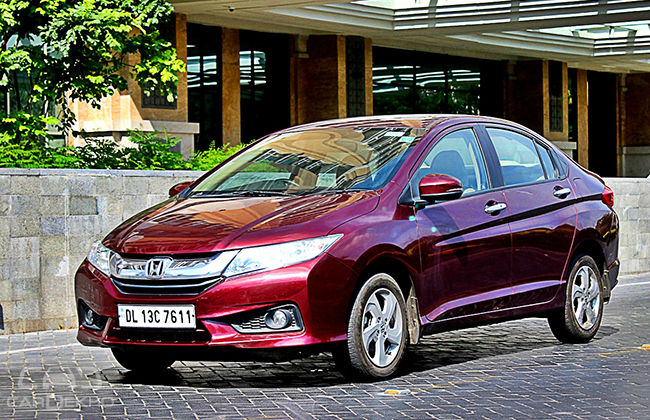 Indians got the first taste of Honda City in 1998. The car was an instant hit with both enthusiasts and the public alike. The City became the face of Honda in India and for a very long time ruled the segment that too with only a petrol engine. Then came Hyundai Verna with its fluidic design, loaded-to-the-tooth features and a diesel engine as well, to push the City off the throne. Honda introduced a new generation City every 5 years (1998, 2003, 2008) launching a radically different model with each passing generation. The 4th generation City, which was launched in 2014, may not seem to be that different than the outgoing car but it’s a completely new car. And it has what the other generation Citys didn’t. A diesel heart.

The 4th generation Honda City has brought back the winning ways of last decade and sent the City back to the top of the throne. The new City, upon launch, immediately became the segment leader within a couple of months and is now the fastest mid-size sedan to cross one lac sales mark. The City achieved the milestone in just 15 months of launch, proving the popularity of the model in India.

Commenting about the phenomenal success of the new City, Mr. Jnaneswar Sen Senior Vice President, Marketing & Sales Honda Cars India Ltd said, “This is a very proud moment for us. City brand has been the face of Honda in India, enjoying strong leadership and popularity in its segment ever since its launch. We would like to thank our customers for the confidence & continuous support that has enabled the brand to grow from strength to strength”. He also said “While retaining the traditional set of sedan buyers, the new City has been able to attract a large number of young buyers. 30% of the customers have bought the City as their first car.”

Many have complained that the new City doesn’t look much different from the last gen model. Though this is true to some extent, the new gen City is a completely new model built on an extended wheelbase platform. The 2014 City is longer in wheelbase by 50 mm than its predecessor and gets extended shoulder, leg, and knee room by 40mm, 60mm and 70mm respectively.

The City gets the ‘Exciting H Design’ and gets deep creases and lines on the bonnet and the sides. Inside, the premium of the materials is immediately evident thanks to the well put dashboard and the quality of the materials. The front seats are really comfortable and wrap around your shoulders nicely. The extended wheelbase has resulted in one of the most spacious rear seats in the segment.

The most important change about the new City is the diesel engine, the same oil burner that is found under Honda Amaze. The 1.5-litre i-DTEC diesel engine puts out 100 PS and 200 Nm of peak torque.

The City has become like a well-nurtured wine, getting better with age. While it already has an iconic status in India, the City continues to be increasing its popularity with more first-time buyers opting for the car.

Last but not the least, with the advent of diesel engine, came the most interesting thing an Indian loves in a car - the impressive mileage figures! And if it comes in the sedan form, it's an icing on the cake. The diesel variant returns jaw-dropping 26kmpl while the petrol version returns acceptable 17.8kmpl of mileage.

More features, more buyers and a diesel engine, looks like Honda City is going to lead the race for more time to come.