The Land Rover Experience at Solihull 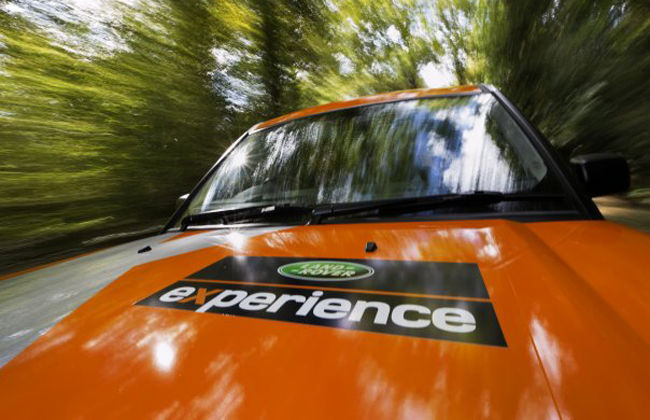 Land Rovers have always been designed to go anywhere in style. These vehicles have always been mountain goats, right from the time when the company built the first Land Rover. The Solihull plant is the current hub for manufacturing Land Rovers, however it was earlier used to manufacture Bristol Hercules jet engines during the Second World War. This land was given to Rover by the British government to produce these engines, which were used by the Allies’ fighter crafts. The plant got damaged during the war and not much activity happened at this facility until the production of the first generation Range Rover.

After 40 years, we drove the newly launched fourth-generation Range Rover and the long wheelbase Defender on a couple of special off-roading tracks designed for off-roading. First one was the jungle trail, where we drove the Range Rover through muck, slush and various other hurdles. Now, if you recall we had driven the Range Rover on sand, rocky terrains and even cut across through a river. So, there was no doubt in the capability of this machine as we had already witnessed what this luxury limousine is capable of. Not only is it highly refined and luxurious on the inside, but it can also drive on almost any terrain effortlessly. The bells and whistles that the Range Rover offers are as good as any other German manufacturers flagship models. At the same time, Range Rover is the first all-aluminium monocoque SUV, making it lighter than its predecessors by 420 kilograms.

The other vehicle that we drove is the most capable Land Rover ever— the Defender. This is the pinnacle amongst the best off-roading vehicles. The Defender isn’t luxurious like the Range Rover, and even has a simple shift stick than the self-shifting that comes bolted on the flagship SUV. However, the Defender is one of the best off-roading vehicle ever made.  The company had showcased the electric version of the Defender, which might not get into mass-production anytime soon but it will be offered to the South African government, as there has been a requirement of vehicles that do that scare away the animals with their engine clatter. The electric version of the Defender can be driven up to 8 hours, which makes it have a good range especially if used in such situations.

The Solihull plant of Land Rover is the largest aluminium car plant in the world. Range Rover and now even the Range Rover Sport is manufactured here. The PLA (Premium Light-weight Architecture) is the name of the platform on which these SUVs are based. Aluminium definitely has the benefit of not just being lighter but also greater strength and durability. All the Land Rovers, except the Evoque are manufactured in Solihull. The rest of the models aren’t made of complete aluminium.

As the entire body shell is made of aluminium, no kind of welding takes place. However, to keep everything held together rivets of different sizes are used. The technology of complete aluminium body was picked up from Jaguar, as the XJ and XK are all aluminium chassis. The XJ is about 15kgs heavier than XF despite its mammoth size. This is what has made the Range Rover and the Sport shed a weight of 420kgs. The Range Rover Sport is about 15kgs heavier than Volkswagen Golf. This speaks about how useful aluminium is and this diet enhances the driving dynamics, performance and at the same time reduces the carbon footprint.

The plant has the capacity to produce 150,000 units of complete aluminium body vehicles every year. At the moment, the usage is about 100,000 units if we count the Range Rover and Range Rover Sport. The plant has the tractability to change the production from left-hand drive vehicles to right-hand, as and when it is required. It is also implements all the Enterprise Resource planning methods to enhance the production and reduce the inventory cost. Techniques like Kanban, Just-in-Time (JIT), and MRP are used extensively.

As Jaguar Land Rover falls under the Tata Motors umbrella, the company has a small assembly plant in Pimpri, where the Freelander 2 and the XF are assembled. Soon, we will more models that will be assembled in India as our market grows. Another new plant that is coming up is in Saudi Arabia.