An overview: Road accidents, together with other non-communicable diseases (like cancer and cardiovascular diseases), will collectively account for 56 per cent of the estimated 67 million deaths by 2030. And as disturbing as that projection is the fact that the burden of these road traffic deaths will be borne largely by the poor in low and middle income countries even though these countries have less than half of the world's vehicles. The Global Status Report on Road Safety (2009) by the World Health Organization, was the first one to organize a broad assessment of the status of road safety in 178 countries. The revelations of the report were very unpleasant; it was found that traffic crashes are one of the top three causes of death for people aged between 15 and 44 years and a leading cause for those aged between 10 and 24. The Global status report on road safety and its findings only reaffirm the understanding of road traffic injuries as a global health concern. More than 1.2 million people die on the world's roads every year, and as many as 50 million others are injured. 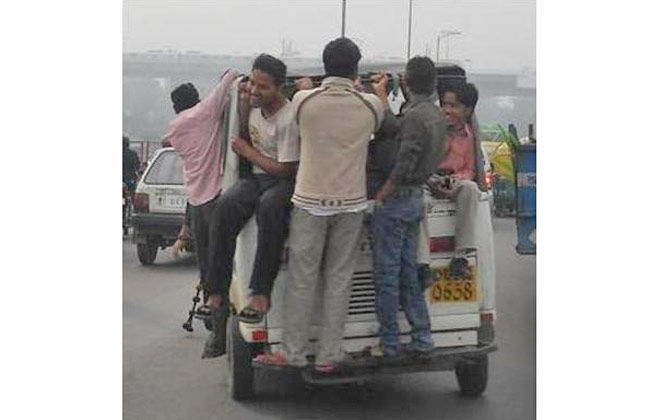 In the high-income countries, 9 out of the 10 leading causes of death are non-communicable conditions, including four types of cancer. In the middle-income countries, the 10 leading causes of  death are again dominated by non-communicable conditions; they also include road traffic accidents  as the sixth most common cause. Other than the obvious loss of life and resources, road traffic injuries also have an enormous human impact and economic cost. Often the economic cost of road traffic injuries can lead to considerable economic losses to victims, their families, and to nations as a whole. These losses arise from the cost of treatment as well as reduced/ lost productivity for those killed or disabled and for family members who need to take time off work to care for the injured. National estimates have illustrated that road traffic crashes cost countries between 1-3 per cent of their gross national product (GNP), while the financial impact on individual families has been shown to result in increased financial borrowing and debt, and even a decline in food consumption.

Some facts about road traffic deaths:

1. 20 to 50 million people suffer non-fatal injuries every year; many are permanently disabled.

4. India: The rate of traffic fatality crashes  increased from 18.1 per cent in 2002 to 24.4 per cent in 2011. 27.4 per cent (the highest) fatalities resulted from crashes involving trucks, tempos, tractors and other articulated vehicles followed by two-wheelers (19.2 per cent) and cars, jeeps, and taxis (17.6 per cent).

The Ministry of Road Transport and Highways is the apex organisation under the Central Government, which is entrusted with the task of formulating and administering, in consultation with other Central Ministries/Departments, State Governments/UT Administrations, organisations and individuals, policies for road transport, national highways and transport research with a view to increasing the mobility and efficiency of the road transport system in the country. The Ministry has two wings: Roads wing and Transport wing.

Roads Wing – It deals with development and maintenance of National Highways in the country.
Transport Wing – This wing of the Ministry of Road Transport and Highways deals with matters relating to road transport.
Its main responsibilities include – motor vehicle legislation, administration of the Motor Vehicles Act, 1988, taxation of motor vehicles, evolution of road safety standards, and collection, compilation and analysis of road accident statistics and introduce measures to develop a road safety culture in the country, among other things.
Other than a dedicated government department, some legislations to govern road safety and traffic also exist in the country. The most important of them all are as follows:

Road traffic injuries are predictable and largely preventable. Evidence from many countries shows that dramatic success in preventing road traffic crashes can be achieved through concerted efforts that involve, but are not limited to, the health sector. A consistent and comparative description of the burden of diseases and injuries, and risk factors that cause them, is an important input to health decision-making and planning processes. Information that is available on mortality and health in populations in all regions of the world is fragmentary and sometimes inconsistent. Thus, a framework for integrating, validating, analysing and disseminating such information is needed to assess the comparative importance of diseases and injuries in causing premature death, loss of health and disability in different populations.

The government needs to take action to address road safety in a holistic manner, that requires involvement from multiple sectors (transport, police, health, education, urban development) and that addresses the safety of roads, vehicles, and road users themselves. Effective interventions include designing safer infrastructure and incorporating road safety features into land-use and transport planning; improving the safety features of vehicles; and improving post-crash care for victims of road crashes. Interventions targeting the road user behaviour are an equally important measure towards safer roads. This includes setting and enforcing laws relating to key risk factors, and raising public awareness through advocacy and media campaigns.

WHO's Decade of Action for Road Safety defines five 'pillars' and other indicators that have been specifically designed to help assess and monitor progress to address the multi-sectoral nature of road safety. The five pillars are as follows:

The existence of such guidelines and other relevant measures is important, but 'public awareness' is an equally important part of a safer tomorrow. The rules, laws, legislations, and campaigns will be unable to fulfil their purpose if we, the citizens, turn a blind eye towards such efforts. It is important we realise that each life is precious, and also understand that the laws have been formed to ensure that none is lost, at least not on the road.