Love, Love Me Do!

Long Sunday drive makes for an ideal weekend for octane addicts like us, and today was a special one. I was heading to Lonavala for a quick drive in a V8 powered SUV. Slipped inside, cranked the engine, paired my phone and began the melodious entertainment through the 3D Surround, 27-speaker music system of Meridian. 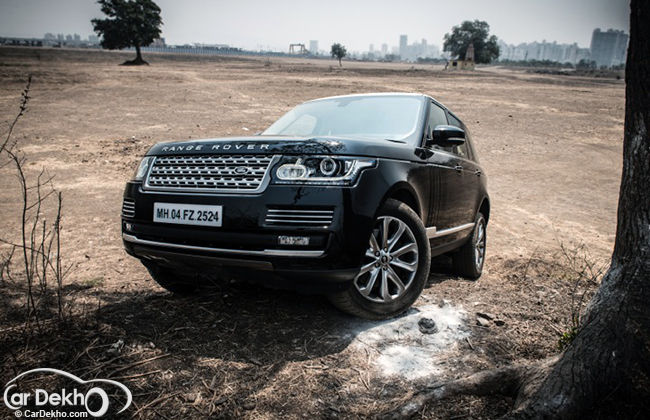 The first voice that floated from the speakers was that of the John Lennon, and his words were “Love, Love Me Do” — one of the biggest classics by the Beatles.  It felt the vehicle was singing to me, asking me to love it back in the matter it has been pampering me. The soft seats mollycoddled me everyday, and the unique features made me feel elite, the flipping down AC vents, yes I’m talking of the Jaguar XF. Today hasn’t been the first day but it has been the entire week. We started our week with the XF— entry-level sedan to a Jaguar— followed by the Range Rover— flagship of the Land Rover.

We have driven various luxury cars and SUVs for several thousands of kilometres and there is no hiding we love the cossetting. These vehicles are luxurious and even pamper you every time you get into one. Not only there are several brownies, but they are also soft and lip-smacking brownies that you won’t wish to divorce. The high-quality ambience and the comfort make you not want to drive or even for matter sit in a vehicle that misses out on these bells and whistles. In this run to separate of its identity Jaguar Land Rover doesn’t just offer something exclusive that brands don’t.

Press the start button and the gear knob rises into your palm, the cabin lights are feather-touch sensitive and there is something or the other that differentiates the British marquee products from other luxury offerings in the market. Exclusivity has been one of the four key pillars of the JLR product range.

We had a complete action packed week, and a lot of interaction with people as I was the Curator for that week for the Mumbai community twitter page. To match the JLR standard we went dining to the finest restaurants in the city, visited several five-star events and did everything to match the vehicle’s standard. Everyday felt more special, more questions were asked about the vehicle and some marriage offers were made as well. I have got vehicles that are more expensive than these, but never has been such a state of engagement.

The reactions were far more fetched than I could expect. I’m not just talking of twitter, instagram, facebook or any other means of social media networking. I’m mentioning of the real world, in which we live.

The valet cleared a few other vehicles for our car parking, cleaner didn’t leave any fender or any curve un-cleaned making the gloss look like a mirror, passer byers couldn’t take off their eyes as one almost bumped into somebody, toll collector spilled coins. My rude colony members suddenly sounded sweet and bothered about me and even more importantly the XF. There are several luxury cars in my compound, but this was the first Jaguar.

The first day went in shooting details of the XF, as Kunal was busy clicking each and every angle, curve and crisp lines that ran across the car. We never realised when did the sun descend and the sky turned orange. Soon, a couple of friends joined in and we headed to the Sassy Spoon, a fine dine restaurant in Express Towers located at Nariman Point.

The recently inaugurated restaurant is situated at one of the most prime locations in the city and one of our dear friends being a chef, we got the opportunity to try out some food at this restaurant. We liked the place, the chef and even the owner and had long conversions with them. Even her special dish, Rachel’s prawns was the diamond amongst the other food jewels in the menu.

The adventure continued as the next day we attended a charity fashion show at Lower Parel. A party in one of the five stars and things just kept on getting adding to our list. It was on Friday that we parted ways with the XF, and swapped with the Range Rover. If XF was spectacular than the experience in the Range Rover was mind-boggling. We had previously experienced the Range Rover when we drove it in deserts, rocky terrains and river in Morocco.

This was the first time we were driving a right-hand drive. The entire Morocco experience was relived in these two days that we spent with the luxurious SUV. The image of Range Rover pops up in my head, whenever I listen to the Beatles, and so does the question “The Rangie loved me, but did I? I rather took it for off-roading dirtying its feet. I need to love it back.”