Five Formula One circuits that you ought to know about

I would give a little bit of an introduction about what this article is all about, but then I look at the title. And the title doesn't leave much scope for suspense, does it? So I will skip the unnecessary ranting and get straight to it. After prolonged sessions of brainstorming, 'F1 circuits' were the two words that finally clicked. And before delving into the world of Formula One circuits and explaining exactly why some made it to the 'top 5' list, let me do a little bit of explaining about the entire idea of race tracks. 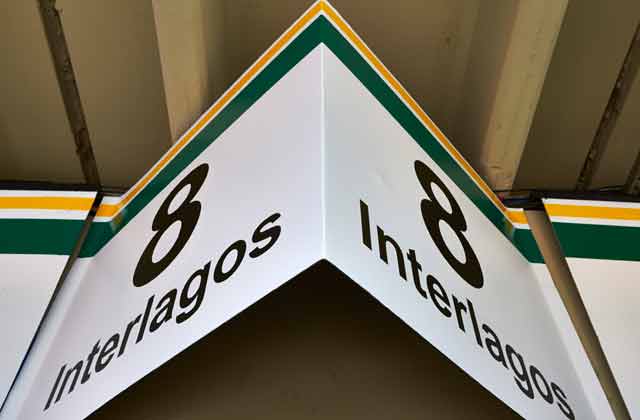 Commonly referred to as either a race track, racing track or racing circuit, it is basically a facility constructed to serve the purpose of racing of vehicles. And they are often called just 'circuits' due to the intricate configuration involved. More often than not, such circuits also feature grandstands (a large and often roofed structure for seating spectators, which commands the best view for the spectators) and concourse (a broad thoroughfare for the crowd in the premises). A race track’s chief purpose is to enable a competition of speed and other complicated factors, hence, they comprise of defined start and finish lines, and carefully planned turns. Besides that, pit lanes and timing equipment are also a customary and integral part of a race track. Generally, the shape of a race track is the variation of the oval shape, with the variations being introduced for either practical reasons or to include difficulties. Most race tracks consist of twisty circuits with many curves, chicanes and difference in height that create the scope for a challenge in skill to the competitors, which in turn, makes the entire act of racing all the more interesting.

An archetypal circuit meant for Formula One races usually features a stretch of straight road on which the starting grid is situated. The pit lane is normally located next to the starting grid. And the circuit normally runs in a clockwise direction, barring a few exceptions. However, the rest of the layout varies extensively. Most of the circuits currently in use have specially been constructed for competition. Now that we are done preaching the technicalities of a race circuit, here is the list of the top five circuits in the world, carefully hand-picked from an assortment of the most exotic and challenging racing circuits. So let’s give it up for the five most celebrated Formula One circuits on the face of earth.

1. Circuit de Spa-Francorchamps, Spa, Belgium: Known to its fans as just Spa, this circuit in Belgium is truly one of the very few places in the world that commands and deserves respect from everybody involved in Formula One. The idea to make a circuit out of the triangle drawn by the roads connecting Malmedy, Stavelot, and the very peaceful village of Francorchamps was conceived by Jules de Their and Henri Langlois Van Ophem. Inaugurated in 1922, the circuit has fiercely stood the test of time, such is its character and strength.

This majestic racetrack is considered to be the most challenging in the world of Formula One racing due to its fast, hilly and twisty nature. The Spa-Francorchamps' elevation changes, variable weather and classic La Source hairpin make it the true test of a Formula One driver's fortitude.

2. Autódromo José Carlos Pace, São Paulo, Brazil: Inaugurated in 1940 as Autódromo de Interlagos, the circuit was built in a region between two large artificial lakes, Guarapiranga and Billings. However, it was renamed to  Autódromo José Carlos Pace in 1985 to honour the memory of the Brazilian Formula One driver  José Carlos Pace, who died in a plane crash in 1977. Nonetheless, the track continues to be fondly referred to as Interlagos. The 4.9 mile circuit's bumpy track surface, inadequate barriers, deep ditches, and embankments raised questions over its safety. Consequently, the last Formula One race to be held on the original Interlagos was in 1980. But returned to the circuit ten years later, after it had been shortened and modified. The track layout has remained intact since then.

This renowned circuit is one of the very few in the world that run in the anti-clockwise direction. But what makes Interlagos really interesting is the fact that it is not built on a flat terrain, but runs along the ups and downs of hilly ground, making it much harder to drive, often requiring more power from the Formula One cars' engines. Its low-speed corners require quick exits that place the car's transmissions under great stress, leading to several retirements. Same goes for the infamous downpours that often appear out of nowhere. Furthermore, the races held on this circuit are known to take a toll on not just the car, but also on the drivers. That is because the circuit runs anti-clockwise, where the centrifugal forces in hard left turns push the drivers' necks to the right, instead of left, making it physically trying for the driver. It is 4.309 km in length and features 15 turns and 71 laps. The record for the fastest lap at Autódromo José Carlos Pace is held by Juan Pablo Montoya, who set the fastest lap time of 1:11.473 in 2004 in a Williams-BMW.

3. Circuit de Monaco, Monte Carlo, Monaco: This famed street circuit played host to several Grands Prix, beginning 1929. The circuit has often been called 'an exceptional location of glamour and prestige'. Laid out on the streets of Monte Carlo and La Condamine, the circuit has remained virtually unchanged from the original with the only major alteration being the replacement of the cramped pit complex in the year 2004. The race circuit features many elevation shifts, tight corners, and is narrow, making it one of the most demanding tracks in Formula One racing. The tight, twisty track also  comprises of the much famous hairpin, Casino Square, and the corners Tabac, Piscine,  Mirabeau, Ste. Devote and the tight 180 degree right-hander La Rascasse.  The circuit leaves no scope for error since the Armco barriers that line the track are just inches from the cars at at some points of the race. So much so, that three-time World Champion Nelson Piquet once famously likened the race to 'trying to bicycle round your living room'. Such is the challenged posed by the circuit that the grid position becomes very important in the Monaco Grand Prix.

Monaco's circuit places extremely challenging demands on the Formula One cars as compared to a majority of other circuits employed during a Championship season. During the Monaco Grand Prix, cars are set up with high downforce, to shorten braking time and keep the cars stable under acceleration. Many teams use special wing assemblies and incorporate extra active planes in addition to those in use for other circuits. And since Formula One cars do not incorporate any form of forced cooling, many teams used to adjust the radiator intakes to create scope for extra airflow, hence, giving rise to the creation of the 'Monaco nose'. Teams also use a closer ratio gears, as there are hardly any long straights in Monaco and acceleration is quite high. The Circuit de Monaco measures 3.340 km in length and features 19 turns and 78 laps.

The track featured four configurations when it was first contructed: the 28.265 km-long Gesamtstrecke ('Whole Course'), which in turn consisted of the 22.810 km Nordschleife ('Northern Loop'), and the 7.747 km Südschleife ('Southern Loop'). Other than that, there also was a 2.281 km long warm-up loop called Zielschleife ('Finish Loop') or Betonschleife ('Concrete Loop'), around the pit area. However between 1982 and 1983 the start/finish area was demolished to construct a new GP-Strecke, and this is, now, used for all major and international racing events. Though the circuit now had a dedicated Grand Prix race track, the much older 'Northern loop' track, which was built in the 1920s around the village and medieval castle of Nürburg in the Eifel mountains, continued to be memorable. It was widely considered to be the most demanding and difficult purpose-built racing circuit in the world, so much so, that Jackie Stewart nicknamed it 'The Green Hell'.

The new circuit also shared one characteristic with many of the famous circuits at the time; it offered few overtaking opportunities. But the track was changed in 2002 by replacing the former 'Castrol-chicane' at the end of the start/finish straight with a sharp right-hander (nicknamed Haug-Hook) in order to create an overtaking opportunity. Also, a slow Omega-shaped section was inserted, on the site of the former kart track. The Nürburgring is 5.148 km long and comprises of 16 turns and 60 laps. The record of the fastest lap time at the Nürburgring circuit is held by Michael Schumacher.

5. Autodromo Nazionale Monza, Monza, Italy: Made in the Royal Villa of Monza park, the  Autodromo Nazionale Monza has hosted the Formula One Italian Grand Prix since its inception. The circuit's site actually has three tracks instead of just one – a 5.793 kilometres long Grand Prix track, a 2.405 kilometres long Junior track, and finally a 4.250 kilometres long high speed oval track, which has remained unused for many decades now. It is a commonly acknowledged fact that there is no racing circuit on the planet that is as emotive or as spiritual as the one in Monza. The list of the circuit's main include the high-speed curve, Curva Grande, the Curva di Lesmo, the Variante Ascari and the Curva Parabolica. The track is characterized by long straights interspersed with chicanes whose intention is to slow the cars down. And even though the circuit is generally flat, it features a gradual gradient from the second Lesmos to the Variante Ascari. And due to the low aerodynamic profile needed, the resulting low downforce, allows a very low grip.

Its long straights and fast corners allow the F1 drivers to be on full throttle for most of the lap, often resulting in an amazing show as the cars get an excellent opportunity to flaunt the raw speeds they are capable of. Despite undergoing changes through the years, the circuit yet retains its infamous Curve di Lesmo and Parabolica corners, and features just two chicanes to slow down the modern Grand Prix cars. Quick fact: Though the Autodromo Nazionale Monza usually plays host to the Italian Grand Prix, the race was held at Autodromo Enzo e Dino Ferrari (Imola, Emilia-Romagna, Italy) in 1980. Named after Ferrari's late founder Enzo and his son Dino, the Autodromo Enzo e Dino Ferrari is considered Ferrari's 'home circuit'. And it is at this track, where three-time World Champion Ayrton Senna was fatally injured during the 1994 San Marino Grand Prix.

The Autodromo Nazionale Monza measures 5.793 km in length and comprises of 11 turns and 53 laps.