5 Things to Know about Turbochargers 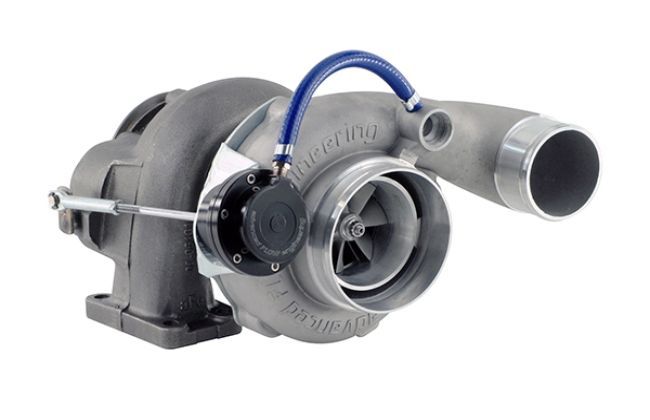 What is a Turbocharger?

A turbocharger comprises of a turbine which is connected to the exhaust system of the engine. The exhaust gases pass by means of the turbine making it turn; the more the fumes gasses, the more the turbine turns. The flip side of the turbine is associated by means of a pole to a compressor. This compressor pumps the air once again into the barrels. Since the air is packed, its temperature is high and thickness is low. The motivation behind utilizing these constrained instigation motors is to sustain more air atoms into the motor.

How does a Turbocharger work?

On the off chance that you know how a jet engine functions, you're most of the way to understanding a car’s turbocharger. An aero plane motor sucks in cool air at the front, puts it into the chamber where it smolders with fuel, and after that blasting off hot air from the back. As the hot air abandons, it thunders past a turbine (somewhat like an exceptionally minimized metal windmill) that drives the compressor (vacuum apparatus) at the front of the motor. This is the bit that pushes the air into the motor to make the fuel smolder appropriately. The turbocharger in a car applies the same procedure to a cylinder motor. It utilizes the exhausts gas to drive a turbine. This twists the air compressor that pushes additional air (and oxygen) into the chambers, permitting them to burn more fuel every second. That is the reason a turbocharged cars have more power than naturally aspirated ones.

What is Turbo Lag?

The delay in power at lower rpm’s is what turbo lag is. Since the air is compressed and then fed into the engine, the turbo takes some time to kick in. To take care of this lag, modern day engines come equipped with two turbos that reduces this delay in power by forming a sort of a chain reaction. Also, since turbochargers are exhaust based, there is not additional stress on the engine, which means better fuel economy.

Some engines use two turbochargers, a small and a big one which work simultaneously. The smaller turbine spins at a much higher rate reducing lag, the larger turbine takes over at higher speeds providing optimum boost.

Alfred J. Büchi (1879–1959), an automotive engineer employed by the Gebrüder Sulzer Engine Company of Winterthur, Switzerland, is the man behind the invention of turbocharger. His original design used an exhaust-linked turbine shaft to power a compressor that forced more air into an engine's cylinders. He initially developed the turbocharger before World War 1 and patented it in Germany in 1905.