Luxury without hole in pocket.

Luxury without hole in pocket.

Mahindra Xylo was a big trump card from Mahindra's side as that time their Scorpio and Bolero was doing great in the market. Scorpio was only Champ by beating Safari and Bolero was continuing keeping name and fame of discontinued Marshal. Previously mahindra had made effort in 8 seater machine by make of Armada. Armada was an SUV and somehow MUV. But it didn't showed her glance in the market.But this time they played totally in different manner by launch of Xylo. Its own siblings blenched her glow as they were more called in the crowd and her biggest competitor was Toyota Innova, as it was the only successful MUV of the time when Xylo knocked in the market. Innova has some pros as it was offered in both petrol and diesel, great resale value, but was bit high on maintenance. As same here Xylo was offered in diesel only (as per news Mahindra is going to offer petrol engine on sll its varient thank to diesel ban therepy)which means good in torque which is best for dirt roads, high ground clearance of Xylo than Innova was best for sports job. The third row of Xylo was just as equal as boleros mid row and was not at all cramped like Innova. But still Innova was popular, am not saying that Innova is a bad choice but it should be not compared to Xylo, if its then with no offence one should go for Xylo and currently Innova has opted big price bucket and is considered with XUV 5oo. In this current world we Indians have many MUV'S in market like Honda BRV, GM's enjoy and it old, trusted guy Tavera, Maruti's Ertiga others are just only in cons list for Xylo but Ertiga has given tough fight to Xylo as she has good average output, similar digit in rupees if Xylo. But where Mahindra Xylo beat every guy in its comfort arena. I have used Xylo and she was part of family. But now it's been sold out and I will go for Xylo again because she use to carry my big family providing comfort without hesitation. When it was finally out from the garage its odo read 1,96,000 and its been used for 4 n half year by me and her second owner is also happy. The only reason for sale of Xylo was lack of its parts availability. I belong from Jharkhand where Bolero and Scorpio roars, which made Xylo silent. Even Mahindra dealers was not providing some needs of my Baby. As in every service she used to take 3000-4000 on her which is nominal for diesel car and her returned gift was 15km/l , pleasuring comfort, chilled compartment from its all row ac vent. Her road presence was elegant, its 110 bhp (now 120 m-hawk) m-eagle machine was thor, was bit loose confidence on corner but on highway 110km/h was ease thing without bump or float as Scorpio and Bolero has. Pros: Powerful engine- 120 bhp m-hawk Average- 13 km/l(city) 15 km/l (Highway) Comfort up to class. Low maintenance. Easy driving, Good suspension. Value for every penny. Cons: Old school design. Poor service in small town. Corner effect. 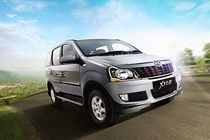