Audi is the most luxurious manufacturer in the world. I am planning to purchase its new luxurious car Audi S5, which will be launched soon in India. I have seen at the auto car website that it will expected to be introduced by the end of this year. It will be made a tuff competition against other luxurious car manufacturers like BMW. Mercedes-Benz in India. I am interested in Luxurious cars. I have already been bought BMW's M3 model in India. I have been compared in a auto site, there were give a all details about these models. I have concluded that the new Audi S5 will be more applicable to the other luxurious cars in India. After collecting whole source, I have decided to purchase its new luxurious model in the country. Now, I eagerly waiting for this model.

So are you gonna sell your m3?

4.6/5
Based on6 User reviews
Write Your Review
S5 Reviews 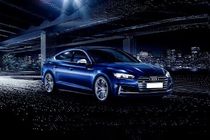