I will like to brief you that Audi Okhla Delhi has harassed and blackmailed us to such level that we prefer to leave the car at its a service center. 1) When the car went for repair work, the service center forced us to get it serviced by them, then only they will even touch the car. Despite the fact that the car was due with 2700 km for the next service and the same was reflecting in their meter. They just blackmailed owing to their Monopoly of service center. 2) They did a service charging 72000/- rupees wherein they did the top of coolant but post the service their repair estimate is showing that they need to replace the coolant bottle now. ( In the major service they could have replaced the bottle if it was required). 3) The car is just 3 years old and has very less running but we have already paid 4 lakh rupees approx for repair work in 1 last 1-year considering defects with different parts of the car and now a further estimate of 4 lakh is due for more defects. (Is it possible to have so many defects with a car that is used by professional and having minimum running) Lastly, they are so shameless that to defend their mistakes they are even making false replies over mail. So, my final call is to let them keep the car, I cannot spend the amount on repairs more than it's EMI. I will be sharing this incident with every concerned person, filing a legal case and also planning a newspaper advertisement for these fraud people. 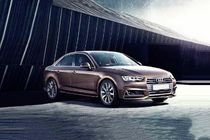