Battery level critical - The state of electric cars in India 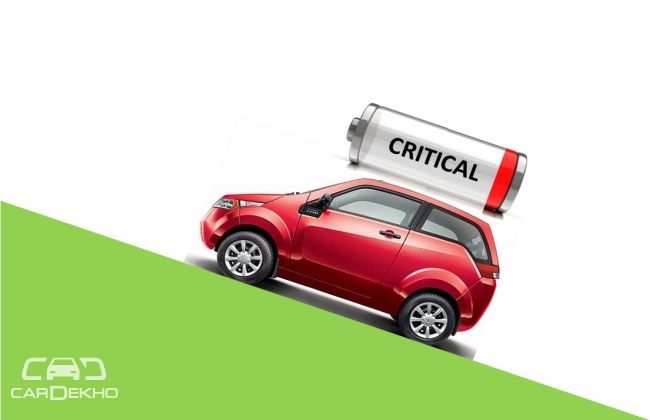 Remember seeing the Mahindra e2o last week gliding past you silentl? No? How about last month? How many e2o’s have you seen so far on the road? The fact that we are talking about e2o and not mentioning electric cars (can you think of anything else?) shows how weak is India in supporting electric cars. India, being one of the fastest growing automobile markets in the world, has a major potential for electric cars both commercially and morally (with almost all the metropolitan cities being among the most polluted globally). But India hasn’t been able to hop on the electric mobility wagon like it needs to. We take a look at the ‘why’s.

First of all, we Indians are always want things that are cheap, cheaper and cheapest. We always look for more deals or discounts in one way or another. So, when you see a price tag of Mahindra e20 with Rs. 5 lac ex-showroom around it, it will put you off. The car doesn’t look that good (but way better than the Reva before it), has a range of just 120 km and takes 5 hours to charge completely. Though the range is not a problem for daily city commute and the charging time is also bearable, the price is a put off. But can we blame the company for that. Not with the government failing to provide any kind of reasonable subsidies.

While on one side, the Renault Nissan Alliance as sold over 200,000 electric vehicles in just four years, India is on the other end of the sales chart down south. Mahindra e2o, the solo player in the Indian electric car market, hasn’t been able to appear attractive only because of the high pricing. The company has been able to sell just 1000 units of e20 in the last 15 months. The car has all the basic necessities and innovative features too. Add to it the absence of major dealership network or the supporting infrastructure. Safety issues regarding the battery, their range and weird looking designs are also some reasons to be avoiding EVs.

Countries like USA, Japan and China have been able to make big progress in the EV sales because of their respective governments’ support in both investment and subsidies. Though the EV market in India had its hopes little bit bright with the announcement of National Electric Mobility Mission Plan (NEMMP) back in January 2013, it was short lived. The plan has been put on hold by the new government and still awaits approval. If the promised subsidies come, the price of the EVs could really come down, making a drastic difference in our minds.

But all is not lost as there is still hope for EVs in India. If the government is able to put the NEMMP in action and help in putting more investment and effort to bring the infrastructure needed. More public charging points, lesser costing electric cars and much lesser pollution is what every one of us wants to see.