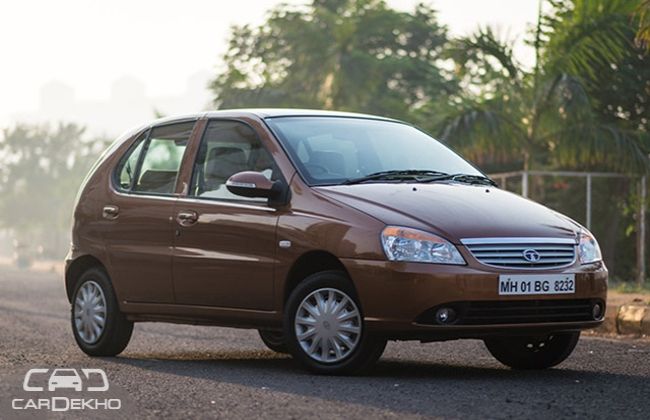 New products and upgrades, all are a part of Tata Motors HorizoNext plan. On the day this was announced, the company refreshed eight of its products. One of them is the coutry’s first diesel hatchback, the Indica. This hatchback has been improved continued and it has received several facelifts too. We drive the new Indica eV2 and tell you how good it is.

There isn’t much of a difference in the design of the new Indica eV2. It retains the same body shell with the same dimensions. However, there are some changes on this new eV2 that makes it differentiate from the previous car. To begin with, it has a new front grille with horizontal slats. The headlamp design is also similar to that of the Indigo eCS as it gets indicators on the top of the headlamp instead. The side profile of the Tata Indica eV2 remains unchanged, even when you compare it to the original Indica that was launched back in late 1990s.

The wheel size has increased, but that’s about it. The mirror styling is the only change and it even has indicators on it. The Indica eV2’s rear definitely has undergone some major upgrades. The tail lamp mould hasn’t changed as the size is the same, but it gets more stylish design now and there is even a chrome strip on the tailgate.

On the other hand, the Indica’s styling is a generation old and it cannot be hidden. The plastic quality doesn’t feel rich either. But today the Indica eV2 is the cheapest diesel, which one can procure. The frills on the Indica eV2 aren’t bad, but we wish that at least airbags could have been an option. The eV2 gets features like power windows, AC and power steering.

There is immense headroom and legroom in both the rows of Indica eV2 and one doesn’t feel uncomfortable. The Indica was designed to be the spacious hatchback of its time. The boot however is decently large for a hatchback.  The new music system on the Indica eV2 has Bluetooth connectivity and music streaming too. This is an aftermarket musi system that comes on the top of the line Indica eV2.

The Indica eV2 has the common rail version of the old 1.4-litre block. This upgraded version engine on the Indica is a welcoming change. There is also the 1.4-litre indirect-injection and a 1.2-litre petrol Xeta engines on offer as well. Amongst the trio, not only does this engine churn the most power on paper, but it is also quickest of the lot. This feisty engine is responsive and torquey. There is adequate reserve of power on tap and overtaking in city and highways is easy. There is absolutely no turbo lag in this engine. Tata has tuned this engine so wel and even the power produced by it is sufficient The NVH (noise, vibration and harshness) levels are lower than older Indicas, without much sound intrusion into the cabin.  This engine comes mated to five-speed manual transmission.

The Indica eV2 has been built for comfort and convenience of the passengers. Hence, the ride in these vehicles is smooth and composed. These cars do well to iron out most undulations, bumps or potholes accompanied with just a muted thud on most occasions rather than a rude jolt.

The handling on this hatchback isn’t bad by any standard. The Indica has always had good handling, though with some amount of roll. The steering is also light and it is easy to drive. The clutch too is light and this makes driving a lot easy even when it is a long drive.

The Indica eV2 is a good afford hatchback and there is no doubt in it. It is extremely fuel-efficient, the engine is peppy and there is sufficient space too. At this price, you will not find a diesel hatchback with this space and power.