Being in charge of our shoot productions it's my job to ensure that everything needed on a shoot by the team is kept ready and safe. And that requires a large car. The XL6 is going to be that large car for the next 6 months 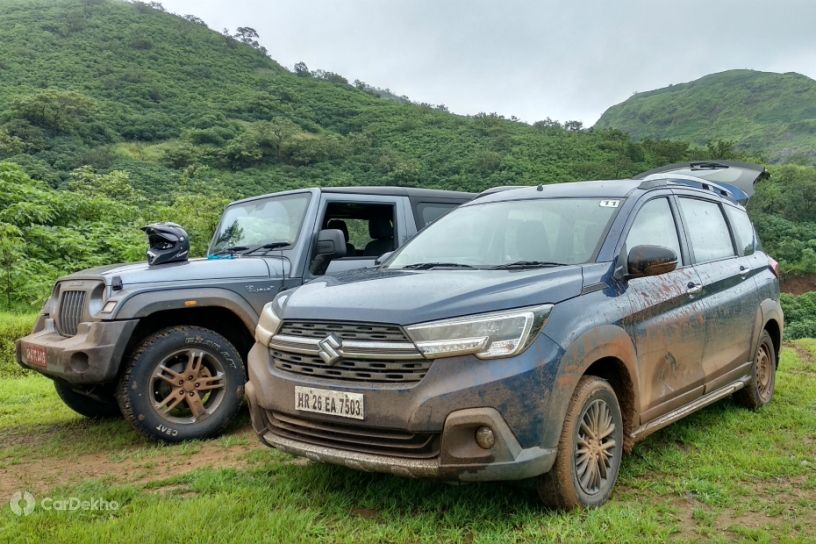 I spend most of my time behind the camera. And so does my long term car. In the past this job was done by our loyal Renault Lodgy. With its rear row removed, there was ample space in the boot to accommodate everything from a large car cleaning kit to expensive camera equipment. But this left room for just 4 in the cabin and the stiff ride quality was a bit jarring. With the Lodgy now gone, it was time for an upgrade -- and that came in the form of the Maruti Suzuki XL6. The tasks laid out for the XL6 are simple, but massive.

Having received it, I rushed to the back of the MPV to check out the boot size as there was a lot of shoot equipment that needed to be shifted here. With the seats up, there isn't much. But the 3rd row rear seats of the XL6 fold 50:50 and open up a flat floor, ideal for carrying lots of luggage.Plus, there is space underneath the boot floor as well, which helps in storing less utilised essentials like a tyre inflator, jumper cables and umbrellas in dry seasons. The spare wheel is also mounted underneath the body, so it doesn't eat into the boot space. And if ever we have 5 people to carry, one 3rd row of the seats can be folded up. In the first look, this feels promising.

The second row gets captain seats. While the Ertiga with its bench seat would have been better for our particular job, there’s no denying that the comfort offered by individually reclining seats to the photographers and DOPs after a long day of work by the captain seats is a lot better. Another thing which the shoot team will appreciate are the large windows. These really help the cameraperson get more freedom while operating his camera. And the added airiness of the cabin is something everyone will enjoy. The large doors to make ingress and egress easy with equipment. But I don't see any cup holders here. Not sure how the caffeine-addicted team will react to that.

My view is mostly from the driver’s seat. And the XL6’s spacious all-black interior does look premium and gives you the sense of space. Overall visibility is excellent and that gives me the confidence to control the shoot. Plus, the center console can hold a sanitizer bottle with ease, something in large demand these days, and the cup holders are cooled as well. They even hold my morning-coffee thermos and have space left for the mobile phone. What I wish was included is a cooled glove box, to keep the water bottles chilled in summers.

The 1.5l petrol engine feels stress free during my highway commute. Cruising at about 80-90kmph close to 2000rpm is comfortable. But, the motor really shines with its torque spread in the twisty sections of the ghats where you don't have to shift gears often. Adding to that, the slick-shifting 5-speed MT we have comes in handy maintaining steady speeds to make sure the cameraperson gets his perfect shot.

Going through all the hustle-bustle of the shoot, the car surprisingly returns a fuel economy of 14 kmpl in the city and 18 kmpl on the highway. This means I have to make less fuel stops. And given its large size, I am sure the smart hybrid system has a role to play here. Location hunting also has become an easy task. With the high ground clearance of 185mm, the XL6 barely rubs its belly anywhere, though you have to be careful of the overhangs.

While a lot of people still mistake the XL6 for an Ertiga, I prefer the looks of the XL6 to be more premium. The new LED headlight does look good and has decent throw, but in the monsoons, I feel the Ertiga’s projector unit would shine over it.In the next few months, the XL6 will go through some rough terrain and long trips. It looks promising as it is easy for me to carry shoot equipment along with two-three crew members. You get lots of storage space for your big and small items. I hope it XLs.