Before I jump in the act of explaining the what(s), why(s), and the how(s) of road safety and speed, let me take this chance to give a brief introduction of the message I intend to get across. I will not only discuss the nature of crashes and speed related injury, but also demonstrate how unsafe motor vehicle speeds can increase both, the risk of a collision and the severity of injury to crash victims. A description of the impact of speed on vulnerable road users, particularly in developing countries, has also been provided. Furthermore, the readers will also find a brief discussion about the active approach that will enable concerned people to persuade drivers to adopt speeds that offer mobility without compromising safety. The general idea of this article is to enlighten our readers about how to establish a road transport system that will be able to anticipate and allow for human error, while minimising the risk of death or serious injury. 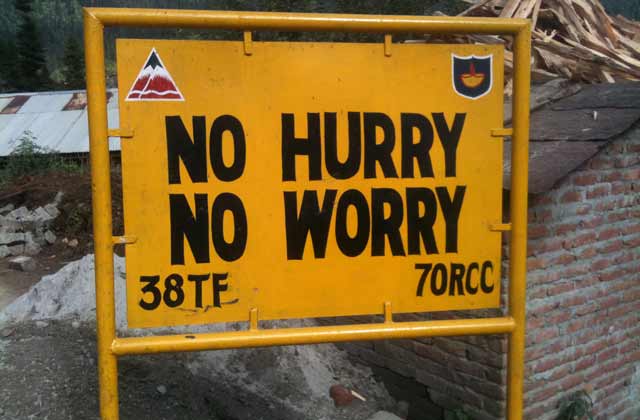 Speed has been identified as a key risk factor in road traffic injuries, influencing both the risk of road traffic crashes and the severity of the injuries that result from them. Higher speeds lead to a greater risk of a crash and a greater probability of serious injury if one occurs. This is because, as speed increases, so does the distance travelled during the driver’s reaction time and the distance needed to stop. Also, at speed, the effects of drivers’ errors are magnified. In a crash, the higher the speed the greater the amount of mechanical energy that must be absorbed by the impact. Hence, there is more likelihood of serious injury. Vulnerable road users such as pedestrians, cyclists, moped riders and motorcyclists have a high risk of severe or fatal injury when motor vehicles collide with them. This is because they are often completely unprotected or, in the case of a motorcyclist, have very limited protection. The probability that a pedestrian will be killed if hit by a motor vehicle increases dramatically with speed. Research indicates that while most vulnerable (unprotected) road users survive if hit by a car travelling 30 kmph, the majority are killed if hit by a car travelling at 50 kmph. In the majority of serious and fatal crashes, injuries are caused because loads and accelerations – exceeding those that the body can tolerate – are applied by some part of the car. The human tolerance to injury by a car will be exceeded if the vehicle is travelling at more than 30 kmph. Pedestrians incur a risk of about 80 per cent of being killed at a collision speed of 50 kmph. For car occupants, wearing seat-belts and using well-designed cars generally can provide protection to a maximum of 70 kmph in frontal impacts, and 50 kmph in most side impacts. Higher speeds could be tolerated if the interface between the road infrastructure and vehicle were well designed and crash protective – for example, by the provision of crash cushions on sharp ends of roadside barriers.

However, most road systems allow much higher speeds without enough protective barriers between vehicles and roadside objects. The unpredictable nature of human behaviour in a complex traffic environment means it is unrealistic to believe that all crashes can be prevented. But what we CAN do is pay more attention to the tolerance of the human body to injury when designing the transport system. This can substantially benefit the entire idea of road safety when crashes do occur, meaning they might not lead to serious injury or death. Most traffic systems, however, are not designed on the basis of human tolerance. Separating cars and pedestrians by providing footways is not done very often. Speed limits of 30 kmph in residential areas are not implemented most of the times. Historically, car and bus fronts have not been designed to provide protection for pedestrians against injury collision speeds of 30 kmph or more.

Before I get down to the intricacies, I believe it is very important to establish a working definition of ‘speeding’. The concept of speeding basically encompasses excessive speed (driving above the speed limit) or inappropriate speed (driving too fast for the conditions, but within the limits). Higher speeds increase the risk of a crash for a number of reasons. It is more likely that a driver will lose control of the vehicle, fail to anticipate oncoming hazards in good time and also cause other road users to misjudge the speed of the vehicle. It is clear that the distance traveled in a given time, and so the distance traveled as a driver or rider reacts to an unsafe situation on the road ahead, is greater for travel at a higher speed. In addition the stopping distance for a vehicle, after a driver reacts and brakes, will be longer at a greater travel speed. Excessive and inappropriate speed is the biggest road safety problem in many countries. While identifying contributory factors in traffic crashes can be somewhat subjective, there are surveys and studies that suggest that as much as one-third of collisions resulting in a fatality involve an element of excess speed.

Speed is an aggravating factor in pretty much all road crashes. The problem of speeding has increased over the years since the maximum speed that new cars are capable of is, in many cases, double the existing speed limit in rural areas. Many modern cars now are easily capable of speeding, which was typically not the case when speed limits were first introduced. It is therefore more of a challenge to convince drivers to drive within posted speed limits. A review of the studies on speed limit changes from several countries (South Africa, Belgium, Finland, France, UK, Germany, USA and New Zealand) where a speed limit was reduced or a new limit was introduced found a reduction in road crashes ranging from 8 per cent to 40 per cent. Research in America examined the effect of changes in speed limits on deaths on rural interstate highways . Road crash deaths in the groups of states that raised their speed limits from 65 to 70–75 mph rose by 38 per cent and 35 per cent respectively, relative to fatality levels in the states that did not change their speed limits. There is a sizeable body of research from around the world (but mainly conducted in higher income countries) that clearly demonstrates the relationship between speed and risk. There is a consistent finding from the research that greater speed increases crash, injury, and fatality rates, and that decreasing speed reduces these rates.

There are many reasons why individual drivers speed. Traveling at higher speeds offers the immediate ‘reward’ (as a perception, if not in practice) of a shorter journey time. This benefit is reinforced every time a driver undertakes a journey and travels above the speed limit without any adverse consequence. Importantly, while speeding is involved in a very high percentage of serious and fatal road crashes, from an individual driver’s point of view, the chance of having a serious crash as a result of exceeding the speed limit is quite low, so the speed-crash threat may be less of a consideration by drivers compared with the speed-penalty threat. The circumstances of individual trips can influence a driver’s choice of speed.

The circumstances of individual trips can influence a driver’s choice of speed. For example, if the vehicle is owned by an employer, the driver may be tempted to drive at higher speeds. When an individual is under pressure or feels the need to rush, unsafe speeds may be selected. Sometimes drivers and riders speed just for fun.

We, the people, need to change

There are many tools available in the country for effective speed management. The government's extensive endeavours have gone on to include measures like appropriate speed limits, engineering treatments, effective enforcement of speed limits by police and the use of extensive public information and education programmes to encourage compliance with both advisory speed signs and statutory speed limits. But what use will these efforts be if we, the people, blatantly defy the rules that have been formed for our own well-being?

When one challenges the rules enforced for road safety, they not only risk their own life, but also put several other people at risk. How would you like it if you were told that someone put your or a family member's life at risk just because they are way too carefree and careless? Nobody likes to be put in that situation, so why do it to others either?