The very first question that pops-up whenever we go for a used car purchase is how much kilometres has it done? And then the next obvious question is how old is the car? Or which model is this? The process of buying a used car is governed by a lot of factors but the kilometres driven factor still takes the top priority. But is this really a decisive factor? We are not saying that kilometres count should not be taken into consideration but there are other things too that hold equal or at times more importance. 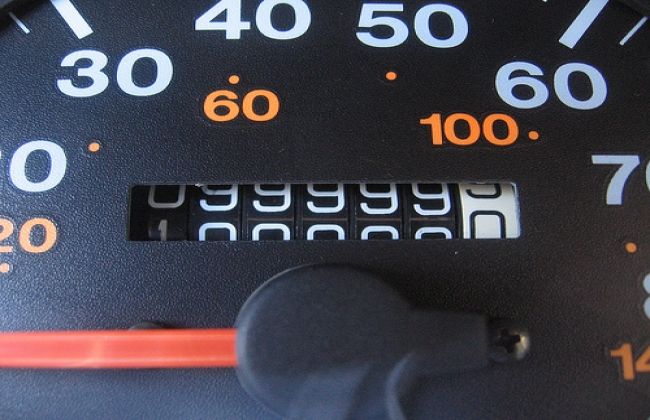 Let’s take up a scenario to make the point more clear. Let’s take up a diesel hatchback which is quite popular in the used car market. A 2013 Maruti Suzuki Swift VDI which has done close to 43000km will cost you around 4.5 lakh in New Delhi. Whereas, when going for a much recent model, such as 2015 Maruti Suzuki Swift VDI which has roughly done 10000km will cost you closed to 6.35 lakh in New Delhi.

The pricing of the 2013 model is obviously less than the 2015 model due to its older make and the number of kilometres that it has undergone. As parts and other components of the car undergo wear and tear, it is bound to be priced less than a car which is a 2015 make and has only done 10000km. But now consider the below scenario:

It’s not how many kilometres done, it is how they are done

Before taking any decision, it is imperative to understand the way a used car has done its kilometres on the odometer. We generally tend to reward extra points to a car which is economical and has done quite a few numbers. But what we lose focus on is the way the car has been driven, the location as well as the terrain on which it clocked its kilometres.

A car running on congested city roads with bumper to bumper traffic will undergo a lot of wear and tear despite clocking marginal numbers on the odometer. On the other hand, a car which is majorly run on highway and open stretches leading to a large running count will have undergone less amount of wear and tear compared to a complete city driven car.

Similarly, a well maintained car which has all the repair and service work done on time through a certified service network will accompany you for long, despite having more kilometres on the odometer.  A car with less numbers done with an untimely and uncertain past service record really speaks about the owner and its future life cycle.

So it’s really vital to identify the kind of deal that you are getting by cross-checking other factors as well despite of relying only on the kilometres done. Here is how you can inspect a car completely considering all factors.

The age dilemma, is the newer make better than the old one?

The age of the car is also an important factor when going ahead with a used car purchase but that again is not really a black and white choice decision. A 3-4 year old car which has roughly done 10000+ kilometres on the odometer might really sound a sweet deal against a similar car which is 5-6 years old and has done as many as 50000km.

But at times, this can backfire as well. With only 10000km (and we are considering genuine reading) clocked by a car which is 3-4 years old would mean it has been kept idle for a long time. There are a lot of parts and components in the car that are meant to be used such as battery, rubber parts, engine belts as well as the electrical system and they might be damaged if kept at idle for a long duration. On the other hand, the 5-6 year old car which has done 50000km can actually be a better deal here. The average use comes around 10000km a year which is good enough for both petrol and even a diesel car. This means that the car has run well and by checking past authentic service records and other components carefully, you can go for this car instead of a much younger car that sounds lucrative on the outside.

Towards the end, the usual factors that we generally consider before making a purchase might not really matter much when you carefully examine the overall condition of the car. At times, a car which might have done extra kilometers but maintained well with proper service records can be a better deal than a recent model car which has fewer kilometres done but driven under extreme conditions or has been kept completely idle for a long time. Thus, kilometres done or the age of the car can be considered a part of the overall buying process but what really remains at top priority are the other details such as the type of owner, location, driving condition as well as past service and maintenance records to name a few.