How often have you seen a hatchback that ca seat 5 people comfortably and even gulp all the luggage for a weekend trip? This is the question is being asked by the expert in a recently out video of Mahindra Verito Vibe, which features this amazing car running on roads of Maharastra.   So, the answer to the question is, no. We really do not see such cars in the in the Indian four-wheeler arena. Nevertheless, Mahindra has lately brought out the ravishing and heart-throbbing hatchback for Indian roads. The all new Verito Vibe, which is a hatchback version of the already existing sedan, Verito.   This latest hatch is packed with the same diesel engine which was used in sedan Verito. Its a four-cylinder, 1461 cc engine, which generates a maximum power out put of 65 bhp at 4000 rpm whereas a peak torque out of this engine is 160 Nm at 2000 rpm. It is allied with a 5 speed manual transmission.   The fresh video which displays the shining Mahindra Verito Vibe which has been designed the way you want your car to be look like. It has been built in-house and features the front end, which has directly taken from its elder sibling. As far as the interiors of this car is concerned, the back of this hatch is being designed awe-inspiring and a large tail-light and raked back windscreen add more to its beauty. This car has oodles of space along with immense head room and leg room to get the occupants a very luxurious drive even on long touring. 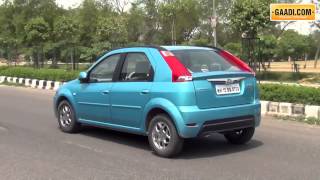 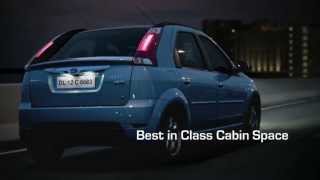