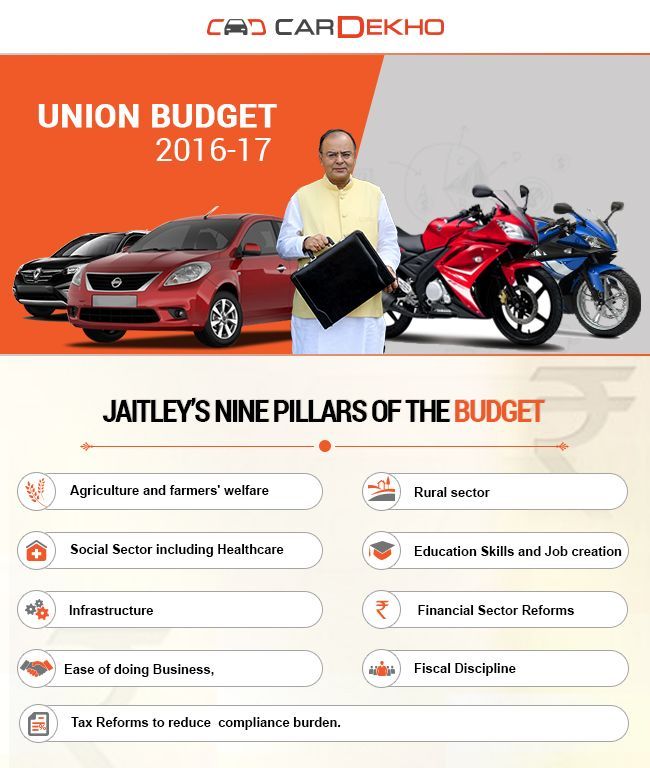 Today being the last working day of February, saw the annual arrival of the Union Budget of India. Although, the budget did not directly bring good news for carmakers and owners, it did bear well news for the Transport Ministry, as heavy investments have been declared in Road and Rail development. Here is a summary of what the FY 2016-17 Union Budget has in store for all of us.

Mr Jaitley started of his Parliament address with some facts and figures for the year 2015. These included information like the acceleration of GDP growth to 7.6%, reduction of CPI inflation to 5.4% and the highest ever levels of Forex reserves at $350 billion. Then he informed the session about the ‘9 pillars of Budget.’ They were -

The Finance Minister on the course of next 1.5 hours, went on to explain the Budget and its impact on the future. He announced that 28.5 lac hectares of land will be brought under irrigation land and MGNREGA scheme will be allocated Rs. 38,500 crore, highest ever in a rural employment scheme. Health insurance will receive upto Rs. 1 lac per family and Swachh Bharat Abhiyan is allocated with a total sum of Rs. 9,000 crore. The Minister also announced that Small shops will also now be allowed to voluntarily remain open for all 7 days of a week. 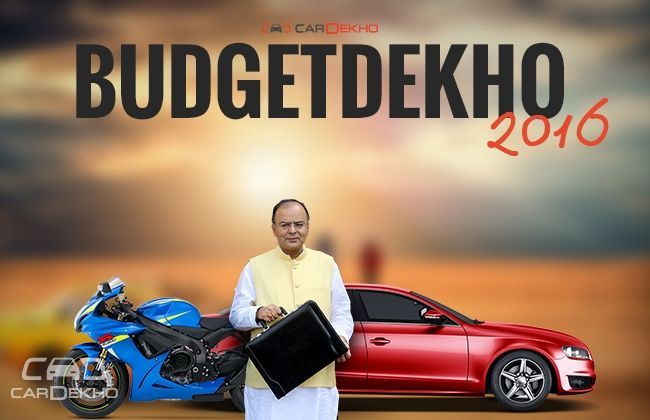 Speaking about the announcements which concern the automotive Industry, 85% of stalled road projects are back on track and 2,000 kilometres of state highways will be converted into national highways. Also, he allocated Rs. 97,000 crore investment for roads and highways and for the period 2016-17 - additional 10,000 kms will be added to the national highways. Drifting to the other side of this coin, the minister imposed new infrastructure tax on cars, which will result in a price hike. These were divided into three categories - 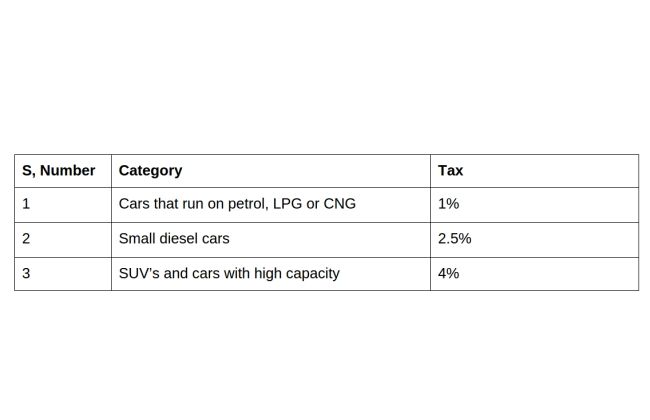 In addition to this announcement, the Minister also said that all vehicles, which cost above Rs. 10 lac, will further face a Luxury tax of 1%.

Let's take a few examples to understand this a little better. 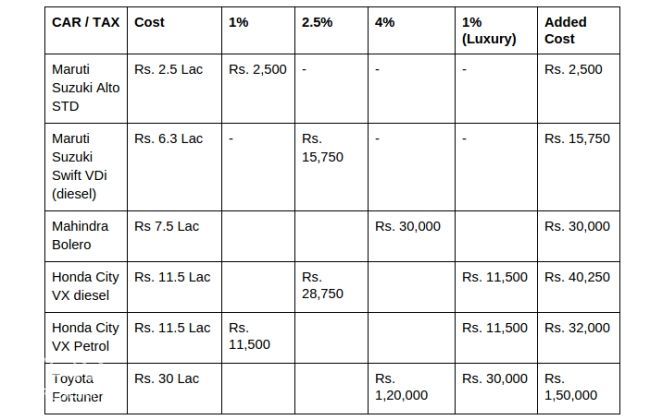 I hope you have fully understood the new price inflation and how it will affect your future car. Please do write to us if you have any more queries on the 2016-17 Union Budget Of India.

Please tell us your city

It will help us serve you better content and best deals