Since Volkswagen again came in to Indian market 2009, 4th time going for this same brand both Polo & Vento. One of the good things about German brand is solid build quality, no other cars can compare to German brand for the build quality & reputation as well.Driving Pleasure is much more comfortable in German cars example (Polo,Vento - C Segment) / Golf Jetta & Passat is next level segment. Especially in top speeds VW cars it will be under control. Where as other most of the cars which i have driven on top speeds which is not much control compare to German cars. German has introduced TSI engine with DSG concept which is very powerful engine & quickest one in the market. Most of them not aware on the TSI With DSG concept. Requesting to drive TSI with DSG you will see the real pleasure comparatively not any other cars in the market. Cons -Service cost & Spare parts are slightly costly compare to others cars. If these 2 things if you are not considering. You can go for German cars 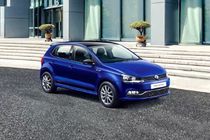