Honda city has always been the perfect sedan as it gets everything right going for it.
Honda has really gone a level above in the game and has set a really high benchmark.
It has always been the segment leader and has been a strong contender to its only close rival,The verna!
It has everything what a buyer is looking for like the build quality,equipment and excellent driveability.
The sales have also been unstoppable inspite of the verna coming up with the facelifts and cosmetic changes.
EXTERIORS:
In my opinion the car is simple,clean yet sharp. The design is definitely not an eye turner like the fluidic sculpture but that's okay, as most of the Indian customers look for a cleaner and a bolder design.
It's rather the best of both worlds as it targets the youth as well as the older generations!
The wrap around head and tail lamps look classy and suits the overall body design.Honda has gone overboard and installed a chunky chrome grill which fits right in place and looks rather neat.
The curvy lines flowing from the door till the tail lamps give the car a more refreshing appeal as compared to the older models.
Compared to the 3rd gen,the new city runs the same length and width but is 10mm taller and has a wheelbase increment of 50mm.
The wheel housing isn't too large and the wheels themselves give the car an even more appealing look.The car also hosts of a shark fin antena which is seen in the higher segments!
All in all the exterior helps the car in making its presence felt and does justice to the package.
INTERIORS:
Step inside the cabin and you are welcomed by the super comfortable bucket seats and a very pleasing dashboard.Finding the best driving position isn't much of a fuss and you'll always have a commanding view of the front.
The quality and the ergonomics are just bang on and everything sits right in place.You dont have to stretch your hands to reach anything as everything is at an accessible position.
Even the music system and the AC controls are slightly tilted towards the driver side for an easier user experience.
Coming to music system it has AUX,USB,CD and bluetooth connectivity as well.The base levels are surprisingly very well and the call quality is also top notch.
The AC unit is a boon in summer days and chills the cabin in no time,even the fan speed is good,though it does get too loud on higher levels!
The AC controls are good and the touch unit is responsive to even a slight touch.Although you do have to take your eyes off the road to adjust the settings but with time you will get used to it.
Jump in the back and there is lot of space,three adults at the back isn't going to be a problem as the cabin is wide enough and the transmission tunnel isn't very protruding.
The only downside of the rear is that the headroom is very tight and taller people may have a problem.
Apart from that the seat is supportive,soft and the seat reclining angle is also good.
ENGINE:
This is a petrol version and has the very famous and trustworthy 1.5L I-VTEC engine.
I-VTEC basically means intelligent valve technology or variable valve timing.This technology is used for the opening and the closing of the valves intelligently according to the driver throttle inputs.
It helps in boosting the performance and the economy of the vehicle.This is a single over head camshaft(SOHC)engine with some minor tweaks done to it.
the 1.5L petrol makes 117 BHP (@ 6,600 rpm) and 145 Nm of max torque (@ 4,600 rpm).
The 1.5L is definitely a true gem of an engine,its always smooth,refined and relaxed during city rides as well as highway runs.The NVH levels are also kept in check especially during high speeds.
The engine is excellent in terms of driveability and packs a punch.There is no sudden torque,as the engine has a linear nature to it.
It pulls very easily and the power does not flatten out even at higher revs.Maintaining 3 digit speeds on the expressway is an ease due to the strong mid and top end RPM's!
The only downside of the engine is its fuel economy which is strictly average and gives 11-12kmpl in the city and about 16-17kmpl on the highways.
VERDICT:
All in all it is definitely a value for money package and still remains THE SEGMENT LEADER! 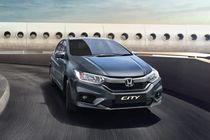