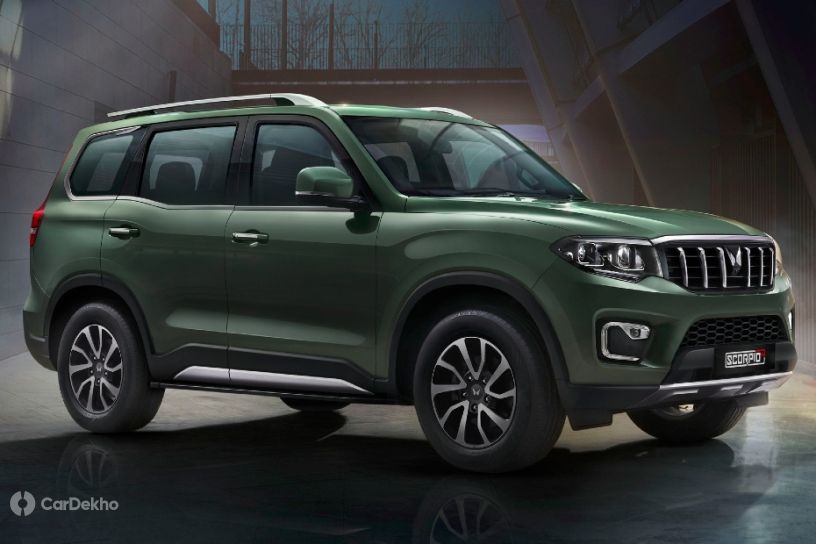 Update: Mahindra is going to launch the 2022 Scorpio on June 27.

The all-new Mahindra Scorpio is expected to debut soon. Among its many updates, the SUV will get a host of new features that have been spied on the test mules over the past months. These added tech and comfort updates will elevate the Scorpio to a premium level. Some of the features that will be offered for the first time with the Scorpio model are:

One of the first features spied on the console of the next-gen Scorpio was the dual-zone climate control panel. It allows the front row passengers to set independent temperature settings for the AC. This premium feature is not offered by any other compact SUV. The new Scorpio will also get rear AC vents.

A popular fitment on most SUVs these days will also be found on the new Scorpio. Based on the spy shots, it will be a regular-sized single-pane electric sunroof and not a panoramic one.

While the Scorpio has been offered with the option of 4WD before, Mahindra will not be limiting it to the diesel-powered variants of the new-gen Scorpio. Like the Thar, it will also be offered with its 2-litre turbo-petrol engine. However, it is not known if 4WD will be available with both manual and automatic transmissions.

Keeping with the times, Mahindra will be offering the all-new Scorpio with up to six airbags which may be limited to the top trim. Currently, the Scorpio is only available with dual front airbags. The increased number of airbags will only be part of the safety updates of the new-gen SUV which is aiming for a 5-star crash test safety rating from Global NCAP.

Since the 2022 Scorpio will feature the latest Mahindra infotainment system with the 8-inch touchscreen display from the base-spec XUV700, it will also be loaded with tech. Among its many features will be connected car tech that would allow owners to track various vehicle telematics and maybe even some remote functions like climate control.

Another cool new premium feature spied on a 2022 Scorpio test mule was the roof-mounted speakers, indicative of an upmarket sound system. It will probably be the Sony sound system offered with the XUV700, and may be reserved for the top-spec variant

One of the feature-packed test mules for the Z101, aka new Scorpio, was seen equipped with a coloured display between analog dials for the speedometer and the tachometer. This display is likely the same 7-inch unit found in the XUV700 MX which can convey a wide range of information to the driver.

An increasingly common feature in the Indian mass market space is a 360-degree camera that will also be offered on the new Scorpio. It is an especially handy feature in an SUV of its proportions to make it easier to navigate tight spaces.

Captain seats in the middle row

The new Scorpio will be offered with three rows of seats, all facing the right way. Surprisingly, a version of the upcoming SUV was spied with captain seats in the middle row. If used as a four-seater, the Scorpio could offer a far more premium and spacious cabin experience than most of its rivals.

One of the main visual aspects revealed in the teasers of the 2022 Scorpio is the front-end LED lighting. It will get LED projector headlamps and LED fog lamps for the first time. The Scorpio already came with LED daytime running lights and LED taillamps.

Mahindra is expected to officially unveil the new-gen Scorpio in May with the launch soon afterwards in June. It will be available with both petrol and diesel engines, both with the choice of manual and automatic transmissions. The 2022 Scorpio will likely be priced from Rs 10 lakh to Rs 19 lakh (ex-showroom) and would be a more rugged alternative to the likes of the Hyundai Creta, Kia Seltos, Nissan Kicks, Skoda Kushaq, and Volkswagen Taigun.