New-generation Hyundai Verna Spied Again, Could It Be The N Line Model? 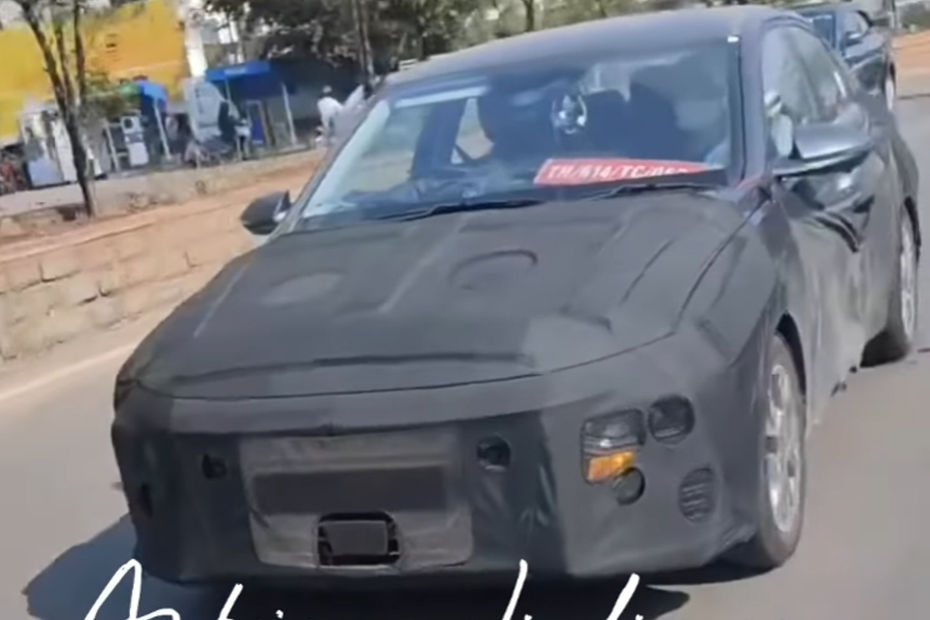 A new spy video of the new-generation Hyundai Verna has surfaced online, hinting at some spicy details. This could very well be the first spotting of the N Line version of the new compact sedan.

Why We Think This Is The Verna N Line

The model was seen with a fresh set of alloy wheels, compared to the previously seen test mules, which are similar to those on the existing N Line models in India. It also had red brake callipers and disc brakes all around, also distinctive features of Hyundai’s N Line models.

For now, there are only two N Line cars on sale in India: the i20 N Line and Venue N Line. The Verna N Line will become the third model in this lineup and will be positioned between the sportier-looking iterations of the hatchback and the SUV. It might be followed up by an N Line model of the facelifted Creta SUV as well.

Hyundai is also expected to provide the Verna N Line with some variant specific design upgrades such as a dark chrome finish for the grille, red accents, blacked-out ORVMs and a few ‘N Line’ badges all around. The new-gen Verna N Line could also get a dual-tone option with a black roof.

Hyundai i20 N Line's cabin shown for representation purposes only

The sportier-looking version of the sedan is also likely to get N Line updates inside the cabin that includes red stitching on the upholstery, red accents on the dashboard, and around the centre console and AC vents.

It could also get a stiffer suspension setup for improved handling and a sportier exhaust note.

Also See: Facelifted Hyundai i20 In The Works, Recently Spotted In Korea

Hyundai is expected to offer the 2023 Verna with the same engine trio found on the existing model: a 1.5-litre petrol (115PS/144Nm), a 1-litre turbo-petrol (120PS/172Nm), and a 1.5-litre diesel (115PS/250Nm) unit. While a six-speed manual gearbox is standard with both the 1.5-litre engine options, the petrol unit gets an optional CVT and the diesel comes with a choice of a six-speed automatic. The turbo-petrol engine, on the other hand, gets a seven-speed DCT (dual-clutch automatic) option only.

We believe the Verna N Line could come with only the turbo-petrol engine-gearbox combo, possibly introducing the option of a six-speed iMT as well. The same six-speed iMT might also be offered with the regular turbo-petrol variants of the sedan.

The Verna N Line will majorly go up against the Volkswagen Virtus GT and Skoda Slavia’s 1.5-litre variants. Hyundai could price the sportier-looking version of the new-gen Verna at a premium of Rs 60,000 over the standard model with the same powertrain option.